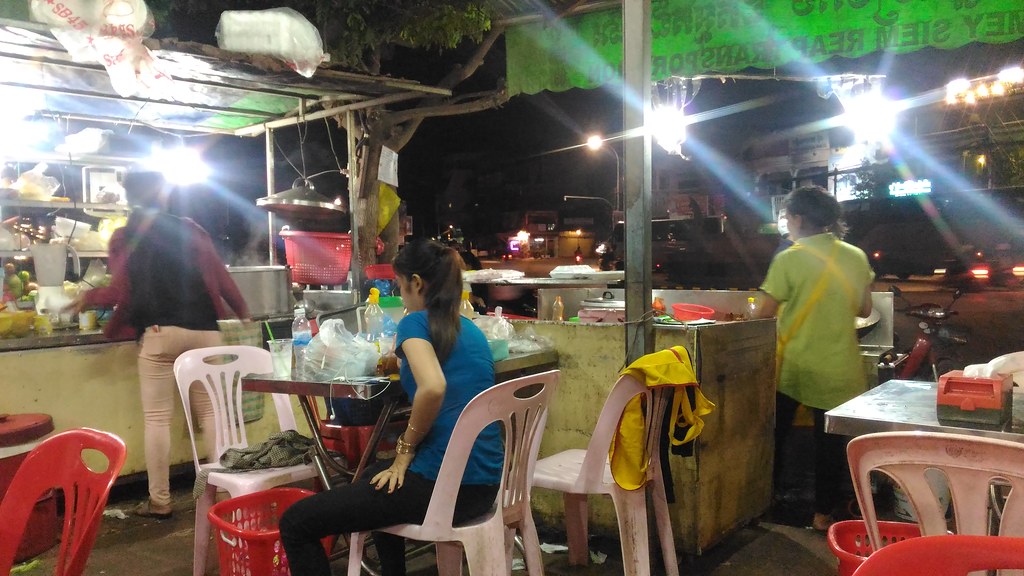 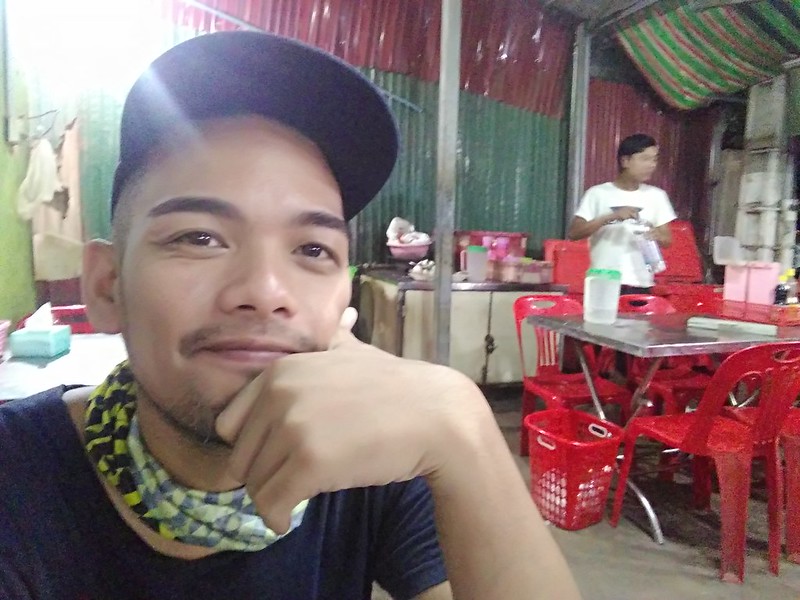 Disoriented and somewhat confused, I had to gather myself together and think of my next move. But that was easy, my stomach told me that the first thing I need was to eat.

I crossed the road seeing that there’s some kind of restaurant set up on the sidewalk. Seating myself to a vacant table. I gave the menu a good look. I was surprised at how expensive the food is in this particular store. It was $3-$5 a meal. Comparing it from Thailand and the Philippines, it was unexpected that this kind of store would have prices like that.

I ordered a $3 noodle soup dish anyway. I’m not sure though if I should call it a meal since that price didn’t even include water or a cola drink. It was tasty though, not remarkable but it was not bad. Other than my hunger, I also just wanted to collect myself to think straight, imagine being unloaded to an unfamiliar place in the middle of the night with no idea what direction to go to? 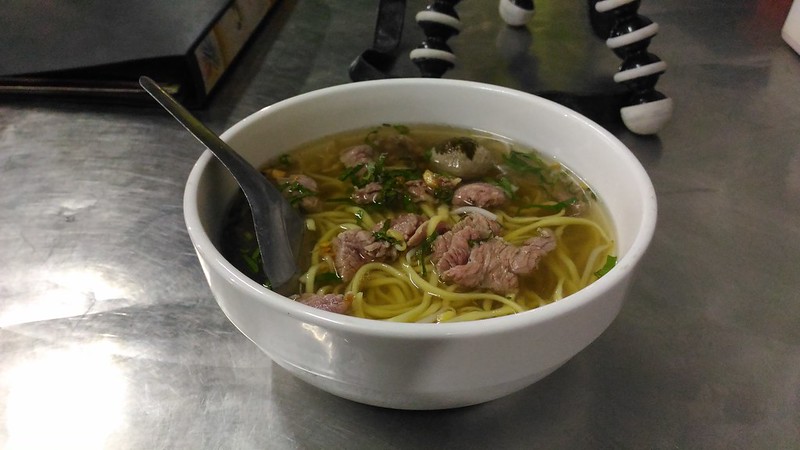 Tummy full, brain working right. Let’s get moving! I thought. So I got my bags strapped to me once again as I check where my hostel is on my phone. I just followed the map (you should really learn how to use google maps and other map apps, they very helpful) until I found a street that I thought was a shortcut to the hostel. It was dark and sketchy, but my bags were quite heavy and I’m tired. So I said, what the heck! I took the turn and my map updated the route.

After a short walk, I arrived at my hostel The Garden Village Guesthouse. I was particularly interested in this hostel as I saw on their website that they have spacious grounds and a nice big pool with a nice bar off it. I booked a dorm room which was $6 a night and I was sharing it with three other people only.