ho doesn’t know Quiapo? Manila’s busy downtown diversely populated by people from different walks of life. Colors everywhere. I have been planning to go back to the streets of Manila and shoot. So when a friend invited me for a walk around this district, I bumped a couple of appointments that day and said yes.

Axl and Dennis are friends who like me, loves the city. But what sets them apart is their immense knowledge about its history. I love walking with them as it makes me feel that when we talk about history is something common and a part of our daily lives. 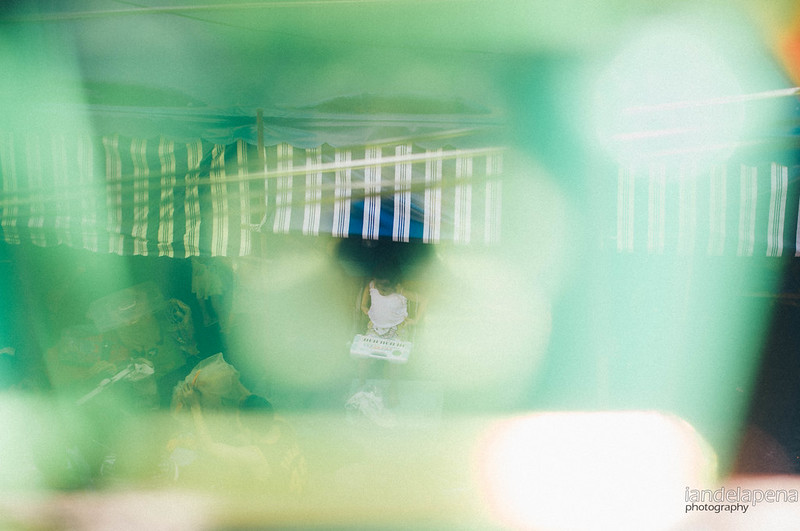 We met up at Kasa Boix, a Spanish era house currently owned by the Jesuits. The house has a long history of neglect bounded by the unwelcomed settlers. About a hundred families live in the house. Just imagine the stress it gives to the structure. Not that I am heartless, but you are living free and uninvited at least respect the structure and do not alter it. Anyways, its a long story though.

Axl’s group are trying to help survive the house with its beautiful and intricate architecture. The battle has been long and still is on to save the house. But they are not giving up. I got interested with the history of the house. The smell of mold invading the house as the wind blows was a bit of a challenge for breathing. I wonder how these families keep up. Axl enthusiastically retold  a bit of the stories of the house from the spanish till the early 70’s when it became a boarding house. 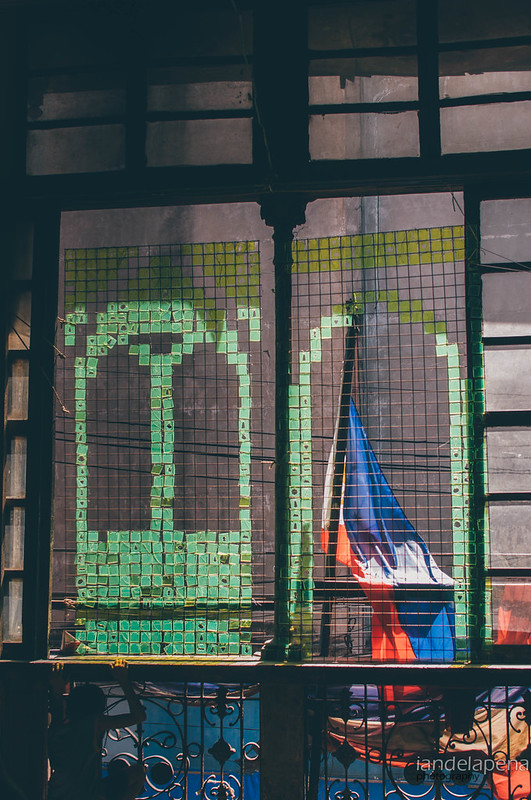 We moved on through alleys I’ve never been to. There were are lot of old houses with bits of history told to me as we walk passed by and sometimes through them. Sometimes it gets a bit sad hearing how elegant these houses used to be but has now been left to despair. After a few minutes we found our selves along what used to be Manila’s most beautiful street, Hildalgo street.

Hidalgo street used to be lined with magnificent houses of Manila’s elite. It used to be called as calle San Sebastian as it leads to the beautiful sole steel church in Asia imported all the way from europe, The Basilica of San Sebastian. 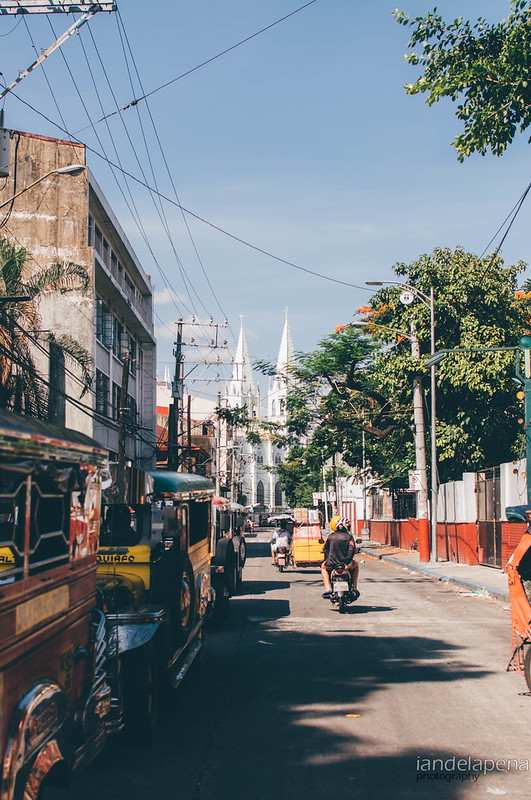 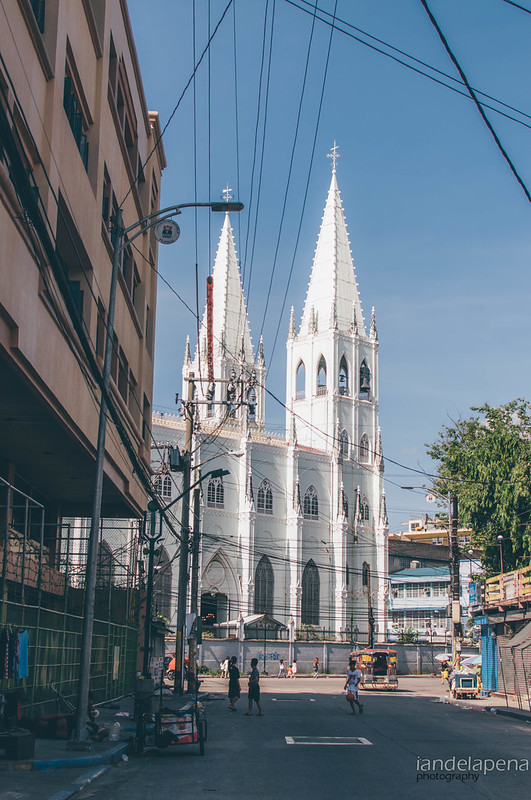 The church is specially popular for weddings, no wonder that there was one when we arrived. Walking pass the side of the church I was reminded how the church was endangered by a former parish priest.  He attempted to bore a hole at the back of the church using an acetylene torch to the horror of conservation activists. 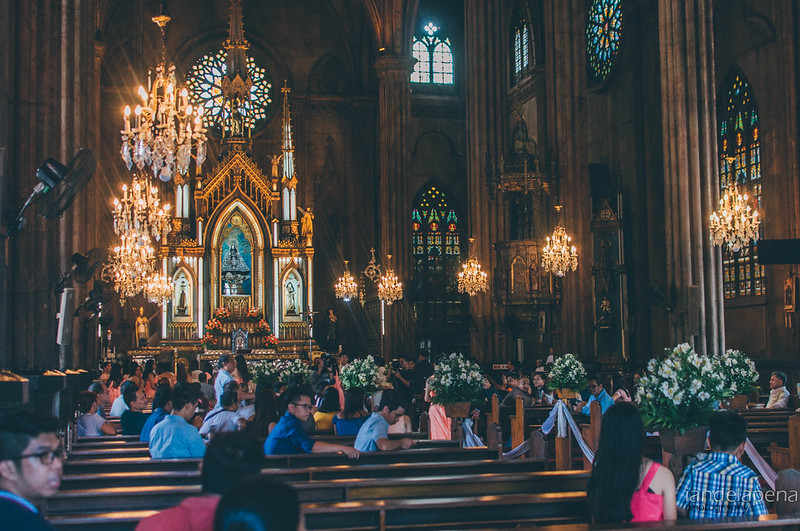 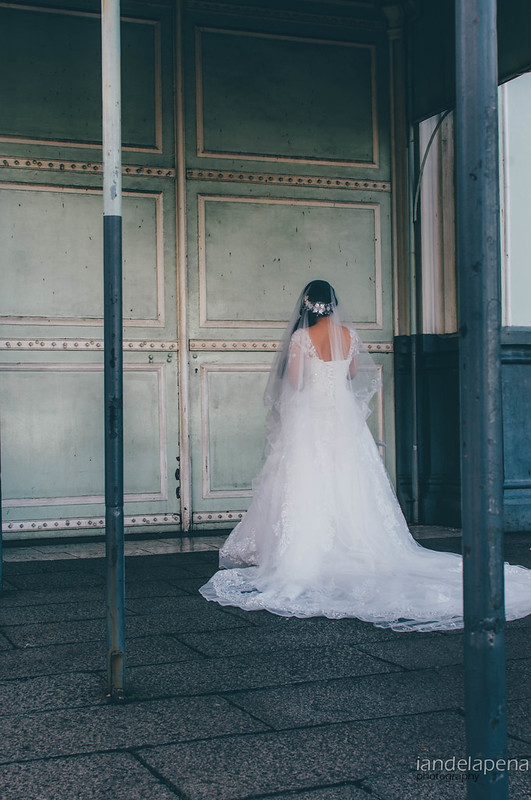 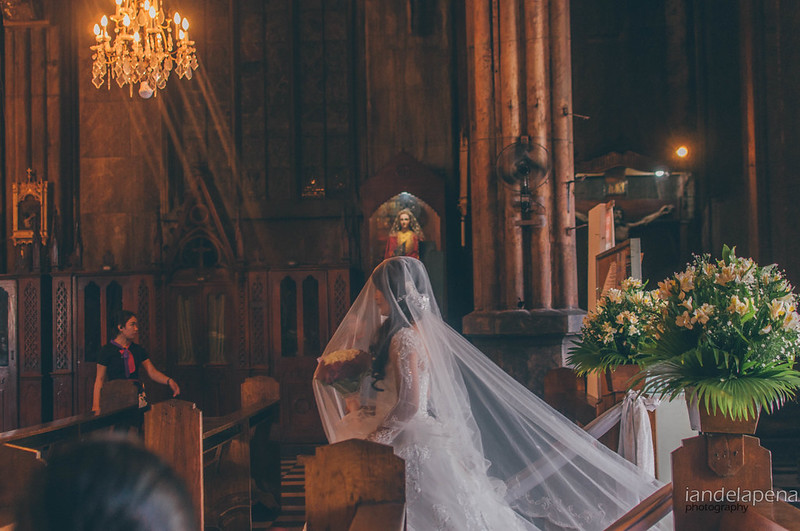 I was telling Axl and Dennis about this eclectic looking building that I found somewhere within the depths of the internet. So I was really excited to find out that we are actually going to visit this iconic heritage building, the Ocampo Pagoda. I wanted to go inside but apparently the structure has been converted into a dormitory and people actually live there. It may not be an ideal situation for the structure but as long as it would help survive the building, I am for it. At least they didn’t tear the thing down. 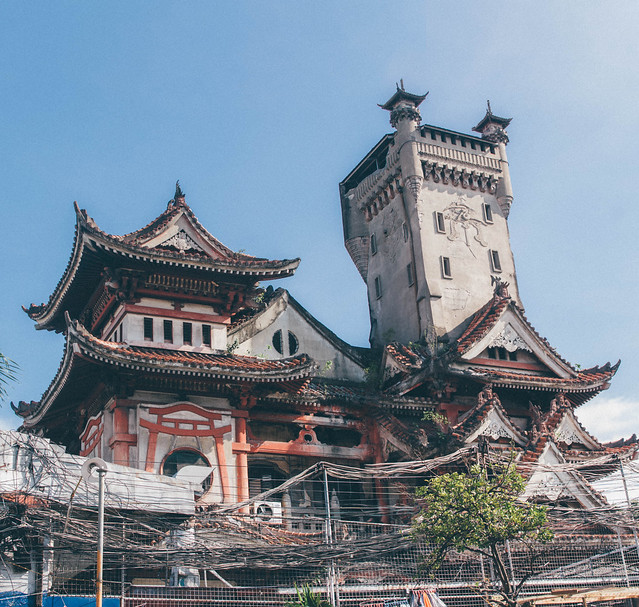 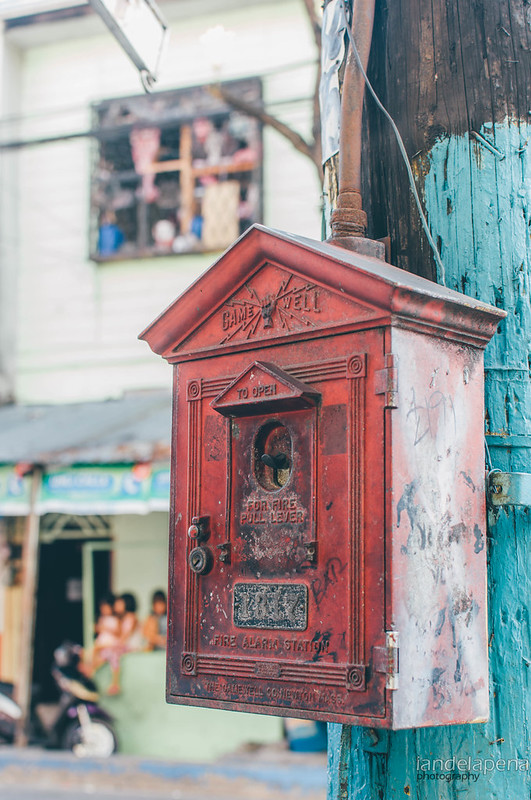 The original property was huge. We can find various remnants of the entire compound. Even the fire box can still be found near one of its former gates. Thank God, no one has attempted to take this! Further down in one of the alleys, Axl took us to one corner. We found a statue of three people dear to the owner’s heart. His wife and two kids. 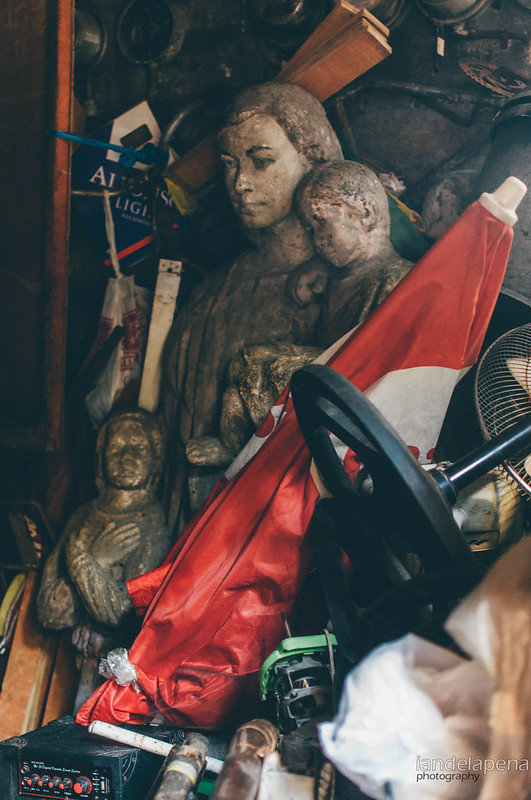 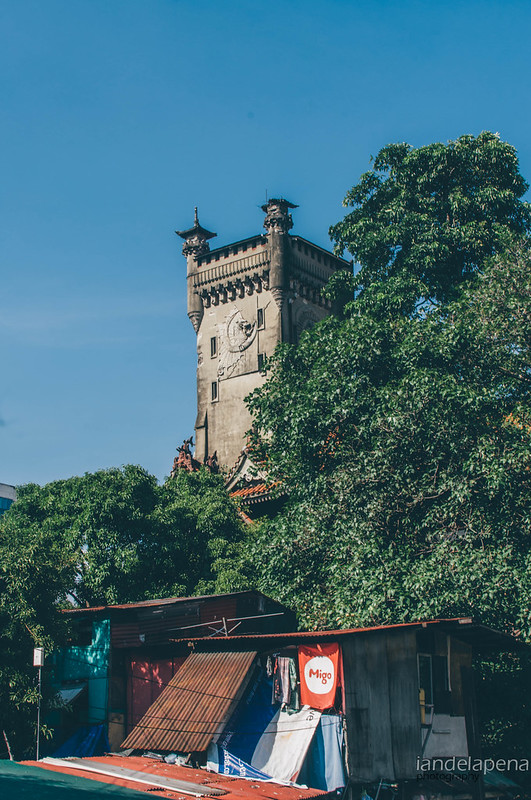 Next  on the list is the Quinta Market. The district’s old market was demolished to give way to the new one. I didn’t take photos inside the new market. It was just sad and too dark inside. Outside though is a different story. Commerce is alive, everyone is busy transporting their goods from one place to another. 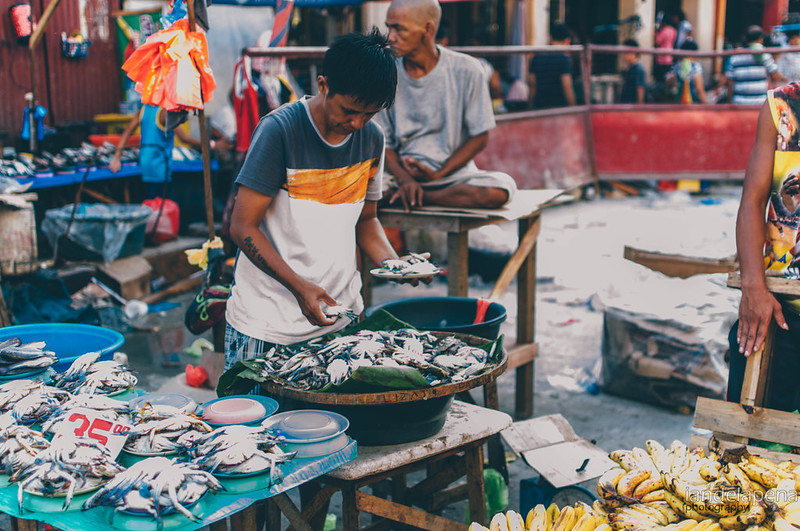 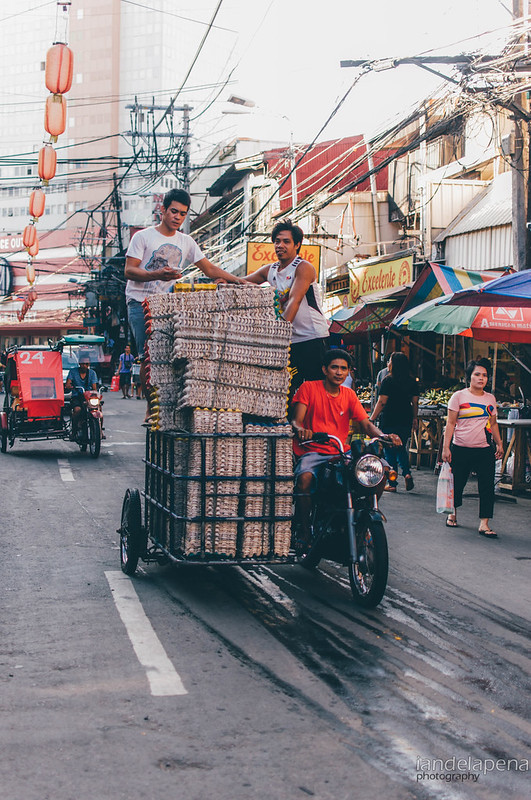 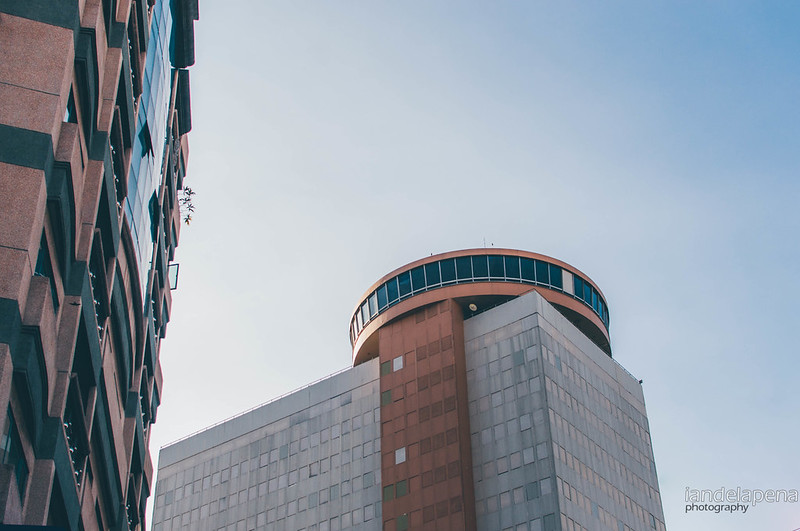 Furthere down the street is this conic building being used by SM as their outlet store. This used to be a hotel with the top as a revolving restaurant, the first in the country. 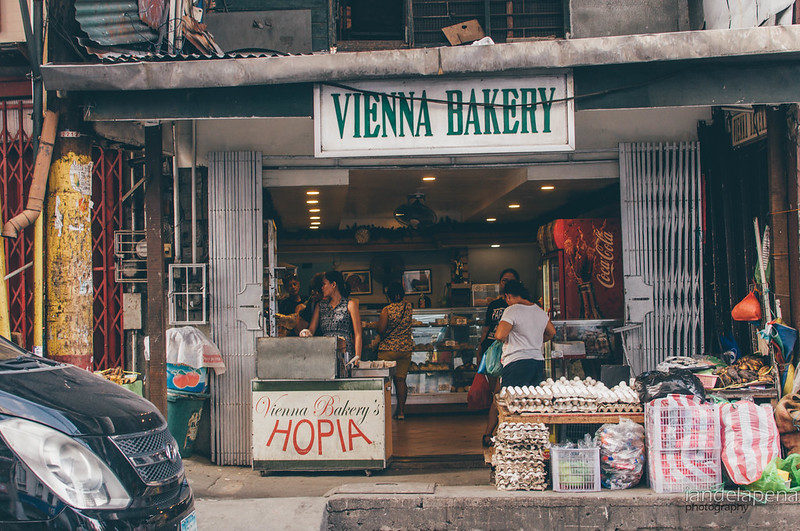 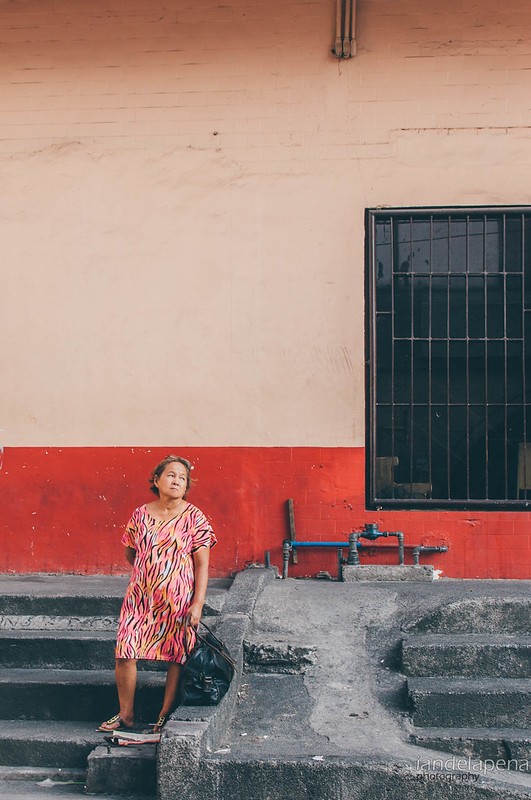 a lola waiting for the bus to pandacan 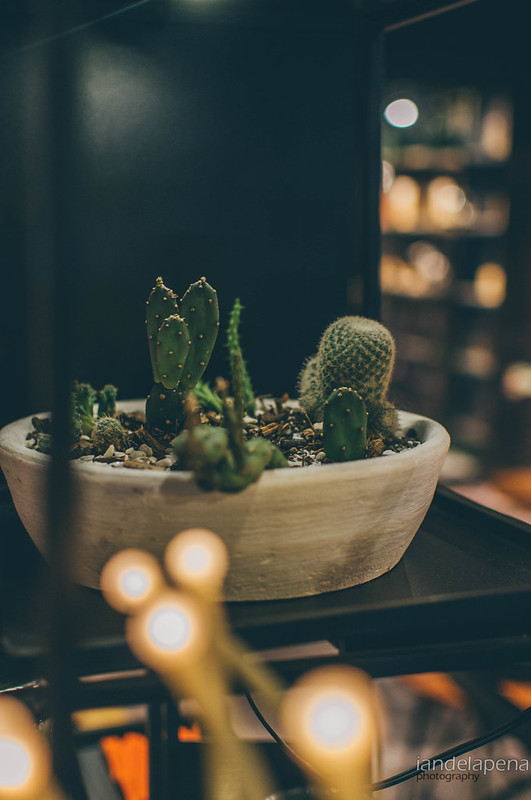 Later that day, we found our selves at the famed street of Escolta. Coffee was good at The Den found in the ground level of the First United Building. This artsy cafe’s interior will just stimulate your creativity and make you want to work more on your projects. It was a nice breather before going to our last stops. The coffee shop was a perfect oasis from that day’s scorching hot air. 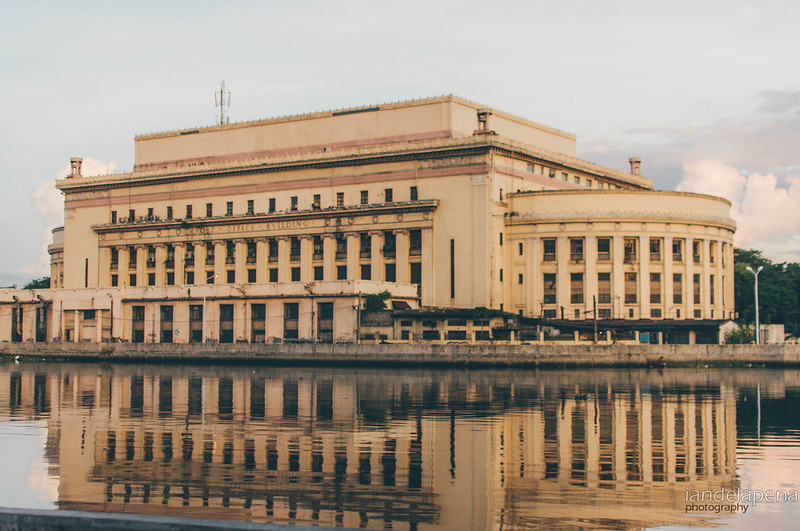 Dang, I could really never get a perfect photo of this building. I just don’t know what’s wrong. This is the central Post Office of the Philippines. I am not sure if it is the light or something but I could never be satisfied with my photo. We decided to call it a day at Estero de Tondo. It was a fun and productive day for my brain. I can’t wait to go on a walk around this city again with these awesome duo!