There’s this somewhat, shall I use the word “hostility” that you will feel from South Koreans against the Japanese -at least on some of the online contents that I have seen about Korean culture. Some videos and articles gives a cold shoulder over Japanese products, well that is somehow understandable. After what the Koreans experienced during the Japanese occupation (much like here in the Philippines), we Filipinos are just either too forgiving or our memories are just too short for us to forget their atrocities. For me I feel that we have just moved on already.

But we cannot discount that there are good things that the Japanese have left to us such as politeness to our elders, food and a little bit of culture. 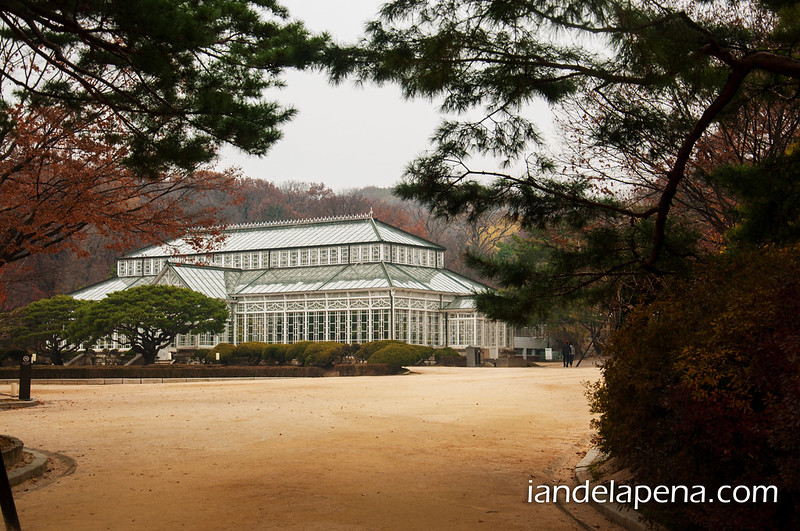 As for South Korea one of the things that Japan left can be found in the Royal Gardens of Seoul’s 5 palaces, The Royal Green House.Where used to be an agricultural garden of edible and medicinal plants is where the Japanese introduced Korea’s first green house. 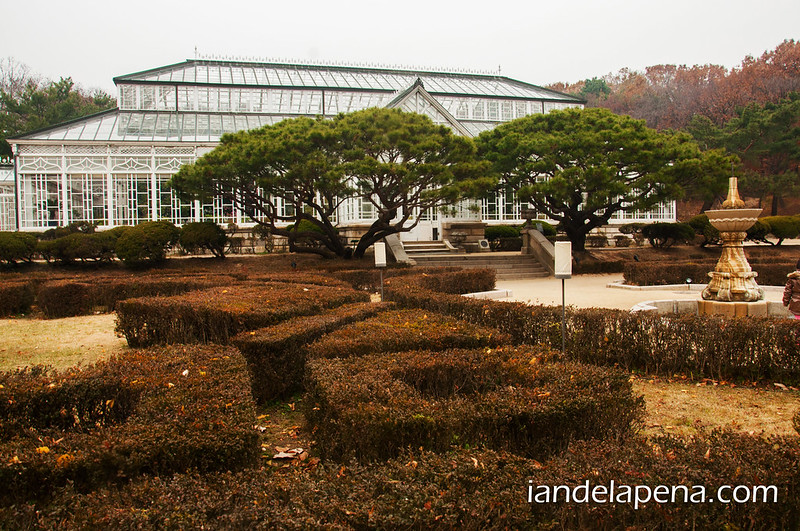 The green house is part of a the Japanese’ project to “violate” the Royal Palace’s grounds that included a zoo and botanical garden which was later transferred after the Japanes occupation.

The Daeonsi (large green house) can be found insde the Changgyeonggung Palace and is included in the free tour of the palace complex.