Well, this trip is coming to a close already. Thanks to my procrastination I wasn’t able to many of the places that I planned on going to, which is partly why I don’t want planning my trips because I just disappointed whenever this happens. But hey it wasn’t totally my fault at all there! It was way TOOOOO COOOOOOOOOLD! See I am like oil I can’t move when it is cold.

Trying to prepare my head to accept the fact that I am already going home back to the warm embrace of Manila, I decided to walk around the neighborhood again. I needed too process everything that I’ve experienced the past few days aaaaaaaaaaaaaaand I need to eat dinner! Hahaha…. I guess that snack I had wasn’t holding up until I get to the airport as I planned. 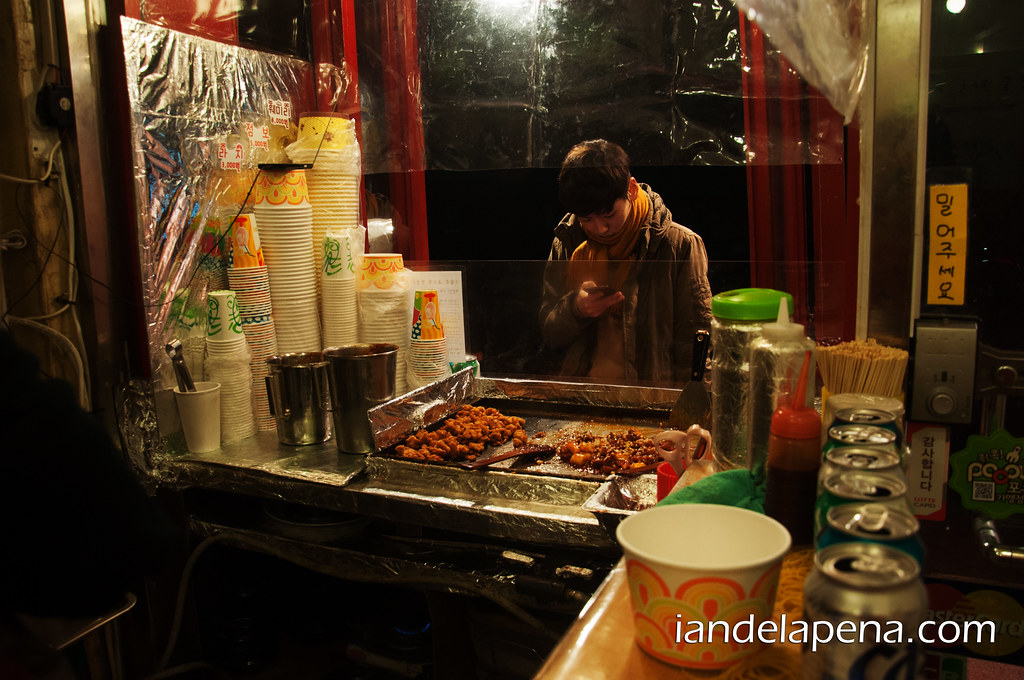 Walking around I find that may be Seoulites love Chicken just like how us Pinoys do. I mean there were a bunch of restaurants that has Chicken and Hoff on their signage which is pretty a pretty damn good combination I must say! I continued to walk and found this small food shop that sells cups of chicken mixed with rice cubes(?) in spicy red sauce. It really filling and the right amount of spicy just made me feel warm and good. It made me wish that we could have we could have more adventurous and variations when it comes to street food. 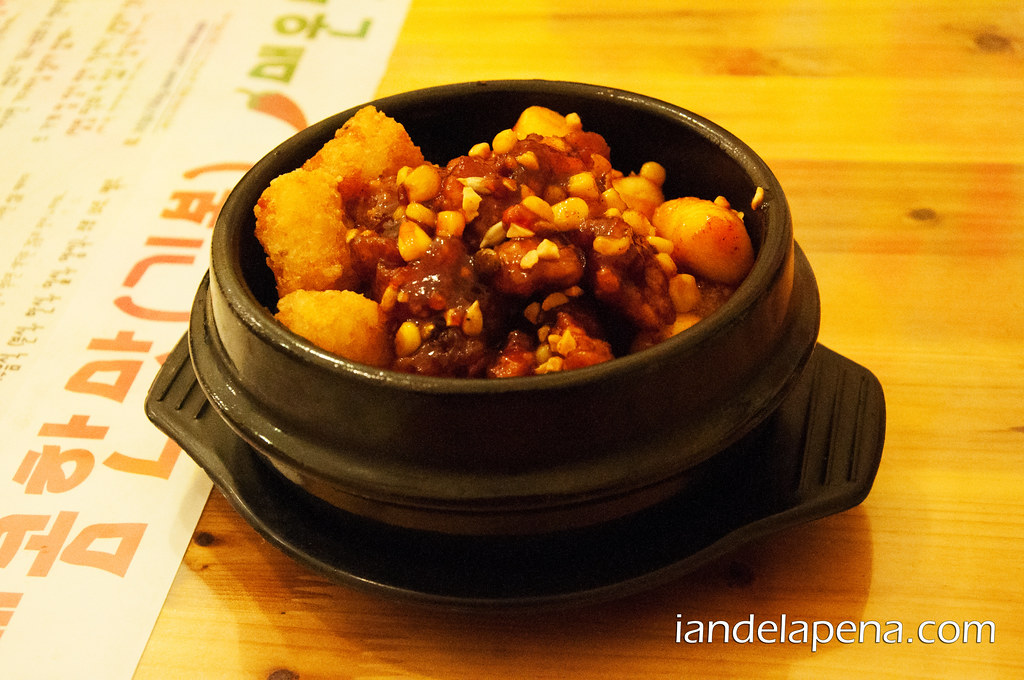 It’s a really cool restaurant with simple concept; people can post post it on their white walls with messages for each other and may be some message for the shop! Of course I left something there… hopefully it is still there when I get back! LOL… as if! I really like the post it wall section; it is so alive with so many messages I guess being a school district really help to keep the businesses alive. 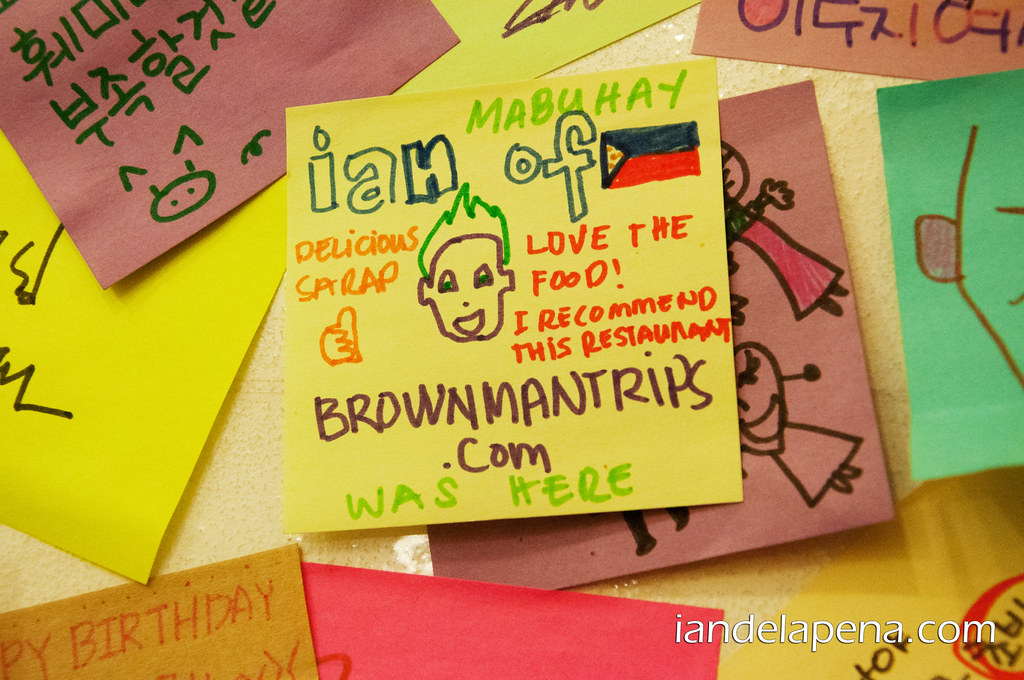 it was almost midnight when I decided to walk back to my hotel. I purposely walked slowly thinking how differently Seoulites live their lives from us Manilenyos; how connected they are compared to the struggling internet connectivity; how much they walk while us in Manila would ask jeepneys to stop practically in front of our houses like cabs.

There are lot of things to be learned in Seoul not just the development part but also how disciplined and respectful they are to each other. Seoul is a wonderful city that is a far cry from the chaotic Manila that we know but I LOVE my city just as much as I love Seoul. 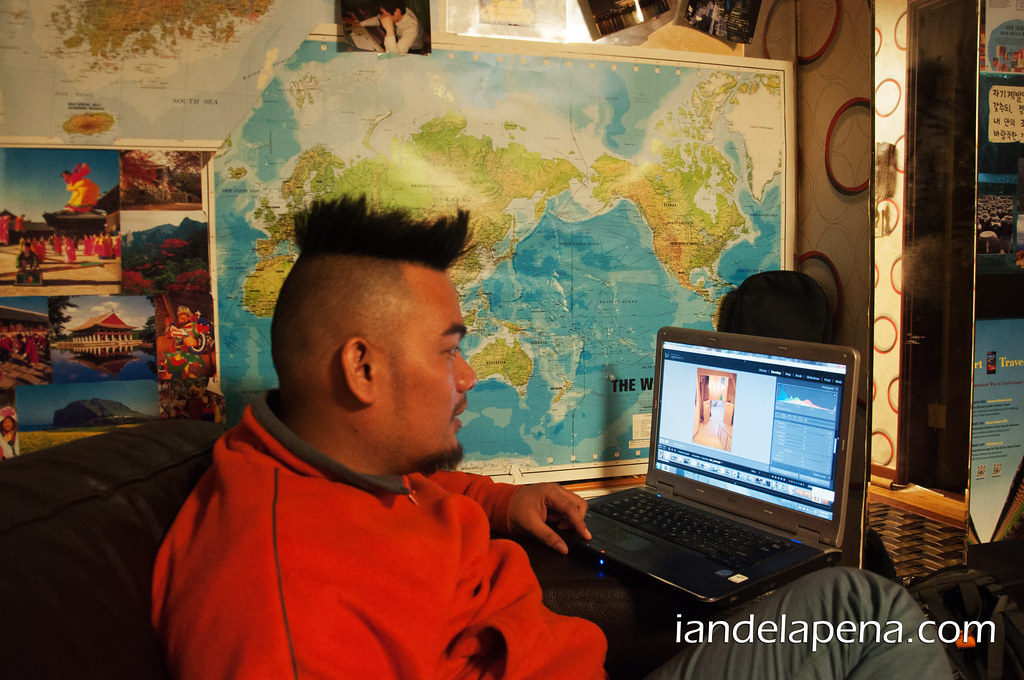 I slept for a few hours and woke up around four in the morning. I prepared my stuff before I slept so I just hit the shower; I was suppose to leave together with my room mate going to the airport but I wanted to freshen up a bit firs, so he went ahead with his big bags.

As soon as I step out of the mansion I was like WTF is this!!!! I checked on my phone what the current temperature was and it was a freaking -2 degrees Celsius!!!!  I waited for several minutes in the bus stop which was grueling for a tropical person! I video recorded my self while waiting for the airport bus. 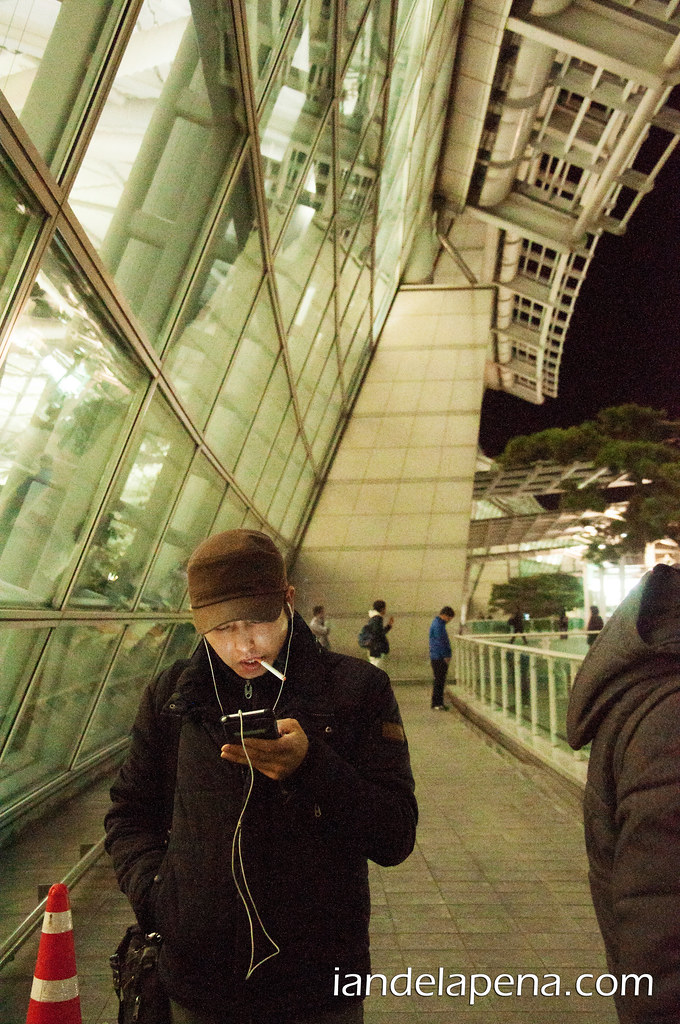 Finally I boarded the Airport bus and it was nice to see that the bus was really configured to take passengers with baggage bins in the entry part of the bus. They also implement safety rules strictly, imagine before we enter the airport highway the driver instructed every one to put on their seat belts no matter what part of the bus they are seated. Further more the driver inspected if everyone complied! I must say that I am impressed!

Finally I reached the airport, of course I am delighted on how magnificent the structure is. I hanged out a bit outside and smoke before I step in the airport. As soon as I got in the first thing I looked for was the convenience store where I could refund the remaining money in my T-Card.

I then proceeded to the check in counter and tried to check in my tripod. As I hand over my tripod the airline staff was quite surprised that I wanted to check that small of an item, she said “oh you can bring it in (the airplane) it’s just around a kilo so no problem”. This time I was the one who got surprised and confused at the same time but since she said it was okay I brought it with me even though I have baggage allowance; I prefer hand carrying my stuff than checking them in. 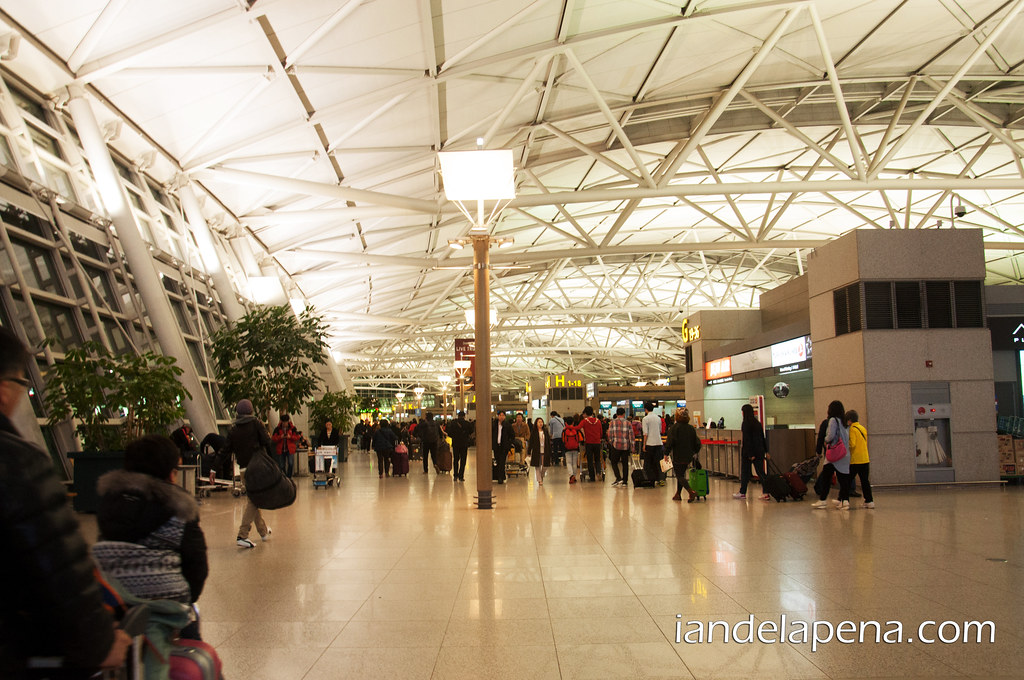 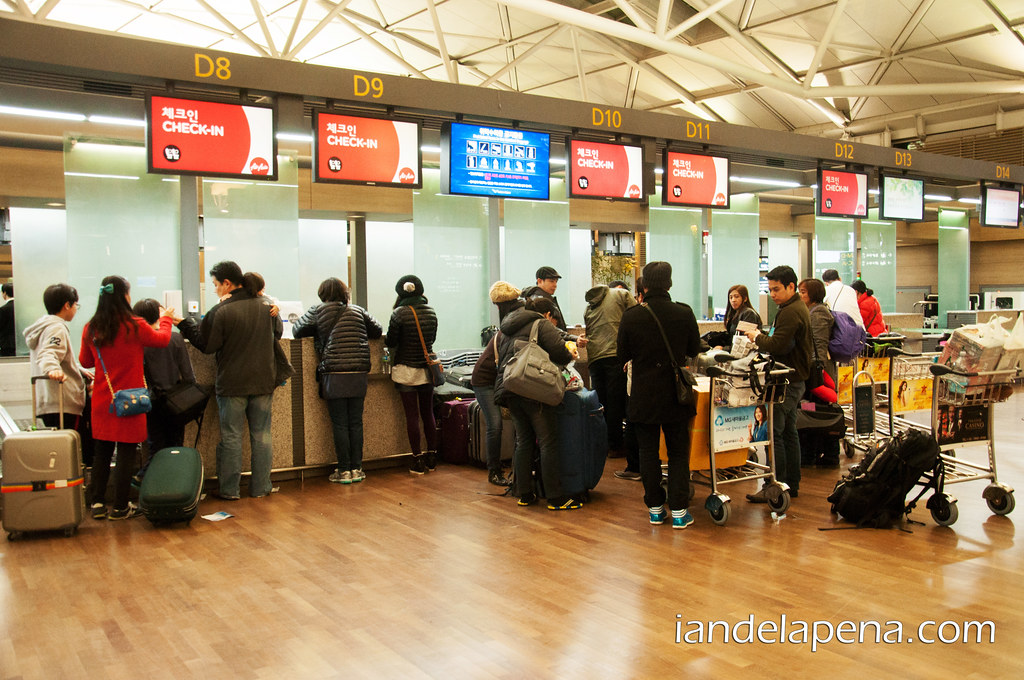 Waiting for my turn to check in

From the immigration I took the people mover going to the concourse where I will be boarding my plane. As I walked intently slow to savor my last moments in Seoul, I couldn’t help my self but stop every now and then to look at the beautiful sunrise unfolding before me. 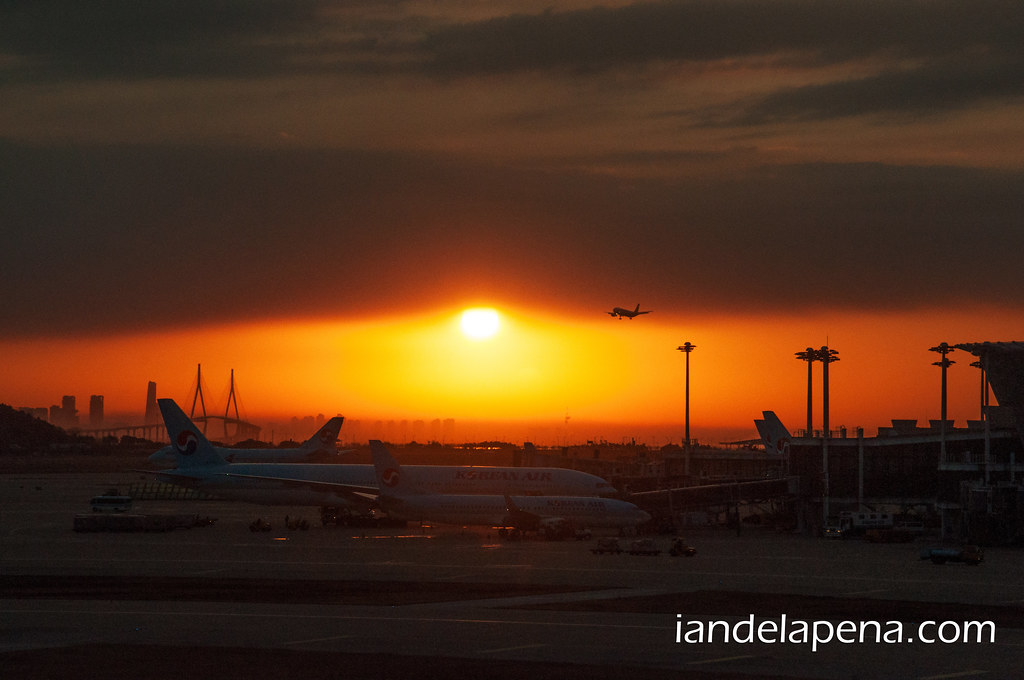 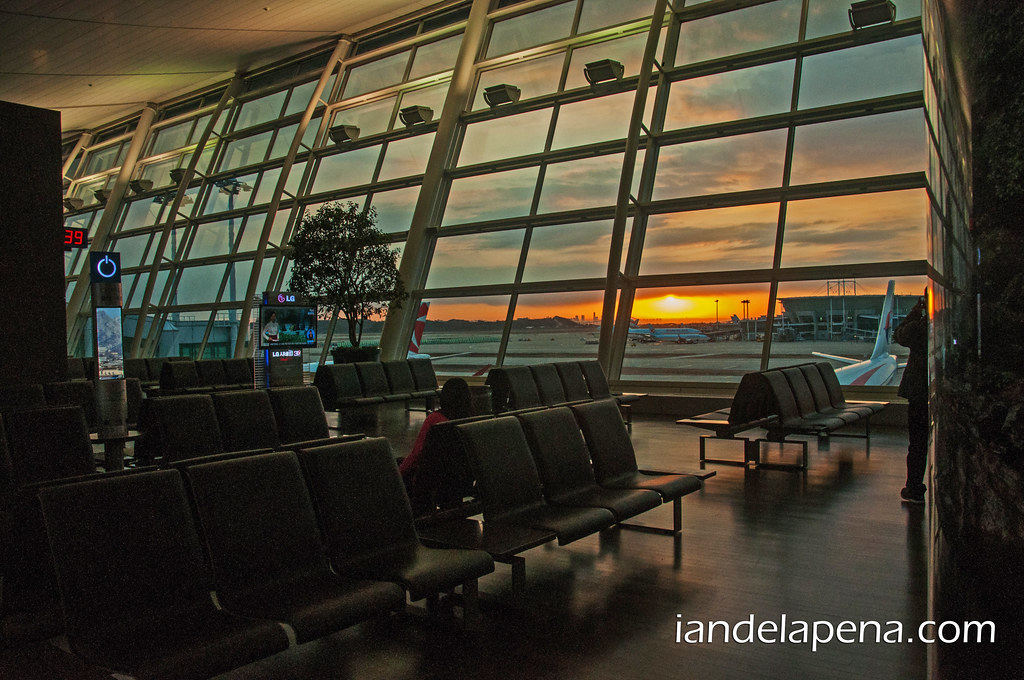 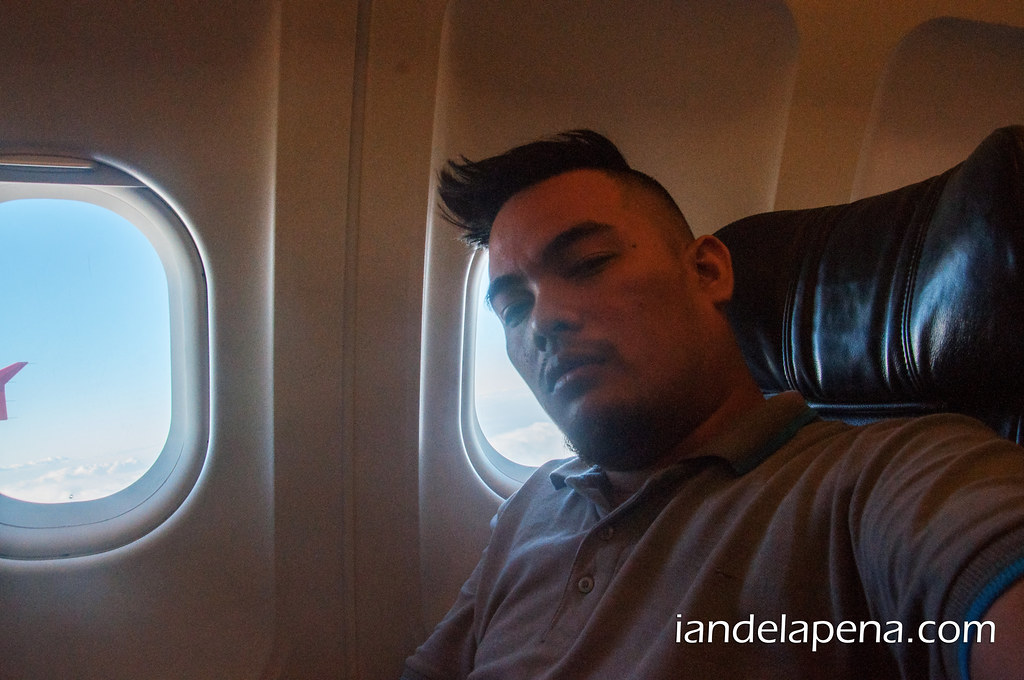 I realized that with each and every trip abroad I slowly become a citizen of the world, adapting, blending and appreciating each and every culture that I immerse my self into. I learn how to respect difference more and appreciate how unique we are from each other. Seoul has taught me to be calm in the storm, to stay focus just how calm and collected this megalopolis is. Until next time Seoul, I’ll make sure to stay longer in your arms and savor your sweet embrace.