Tweet
Share
Share
Pin
0 Shares
One of the most recognizable landmark when you think of Cebu is Magellan’s Cross Shrine, remember way back elementary days? The shrine can be found at the plaza in front of the Cebu City hall and is adjacent to the Colegio de Santo Nino which serves as the entrance to the Basilica on that side of the compound. 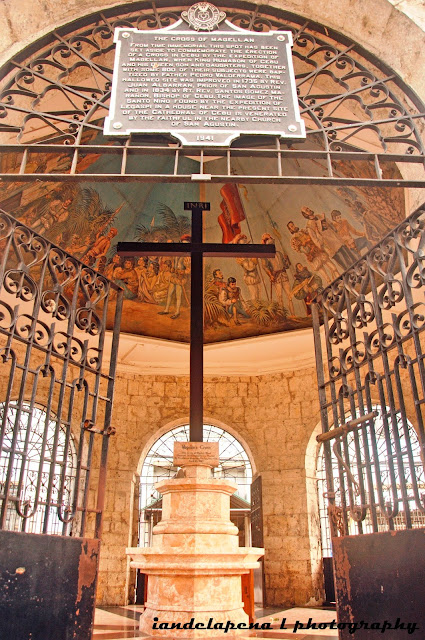 The cross is housed in a small octagon chapel like structure and is hanged at the center. The original cross that was brought by Magellan himself is encase in a wood made of Tinadalo wood because the devotees started chipping it believing that it is miraculous. 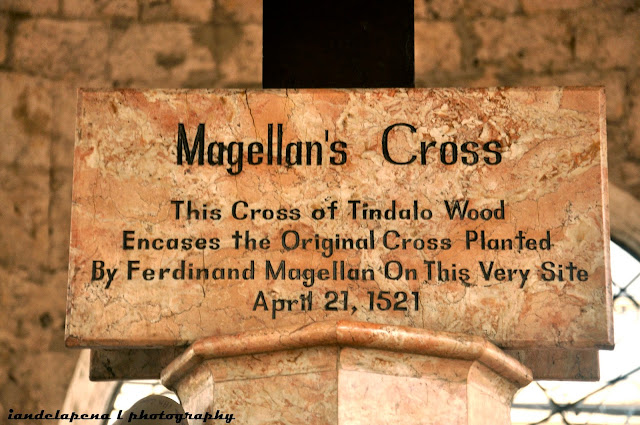 One of the markers say that on that very site is where Fernidnand Magellan on 1521 erected the original cross however the official government marker does not confirm it and just simply says that “Time immemorial”. 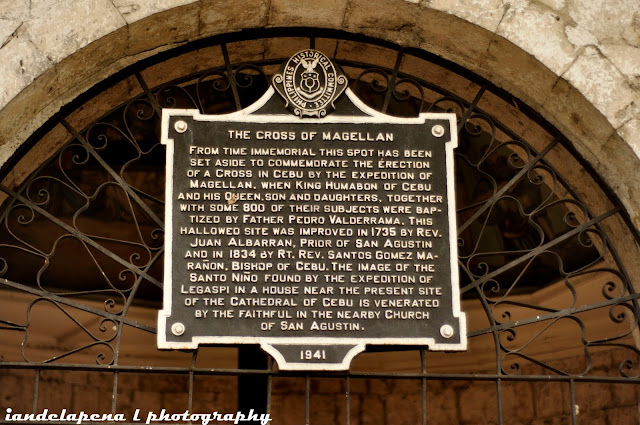 As I walk inside the chapel I saw the ceiling with a mural depicting the story of what transpired on the day the spaniards set foot on land. 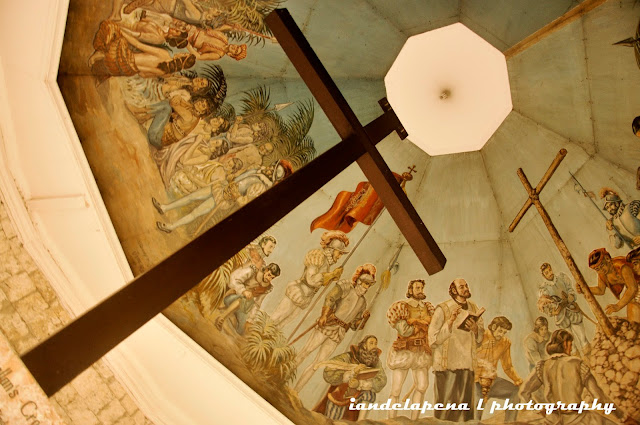 Raja Humabon, his queen son and daugthers together with his subjects bowed down to the cross and converted to Christianity though not completely denying their pagan traditions. 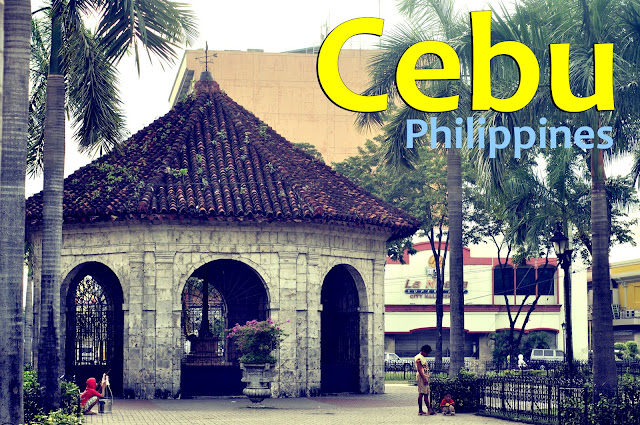 Catholicism was one of the most effective tool that the Spaniards used to conquer the Philippines. And from the few hundreds of the raja’s subjects who got baptized that faithful day, Catholicism grew and became the biggest religion in the country.