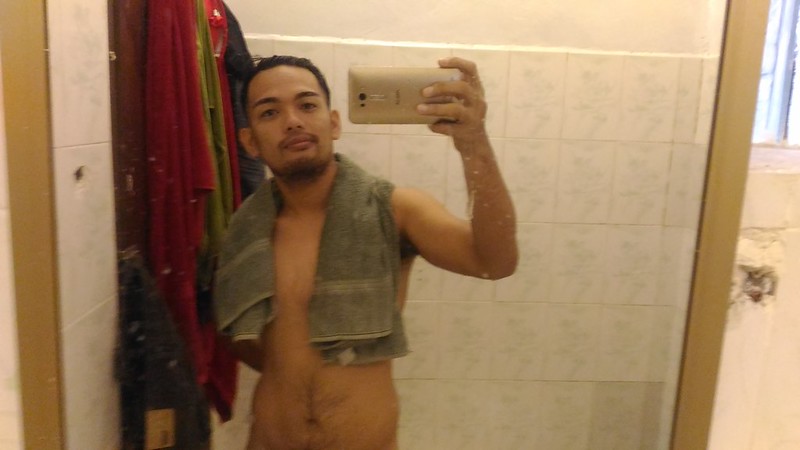 For lunch, I went out of the hostel and tried to look for a good cheap restaurant. I found one by the sidewalk in front of a convenience store. Once again, it priced more than what I was expecting. I was under the impression that if the sidewalk stores are expensive, how could a dine-in restaurant be much cheaper. Later on, I will find myself wrong.

A little later that afternoon, when the Sun was a bit more forgiving. I went out to find a bike I could rent. I asked the front desk and luckily they rent Japanese bikes for a dollar a day!

I rode the bike around the city, trying to get lost. I pedaled and followed the Siem Reap river going north until there was nothing interesting was there to see. I turned back down south hoping to see other things.

Several minutes of pedaling later I found myself in the city center. The first thing I noticed was this temple. I walked right into the compound to wander. It was called the Way Prom Rath and pagoda.  I was intrigued by how empty the temple compound was. It housed beautiful buildings, a school, and the main temple. In front of the temple is some kind of representation of buddha’s journey to divinity. It was free to enter the temple, but donations are encouraged with a box at the temple’s entrance. 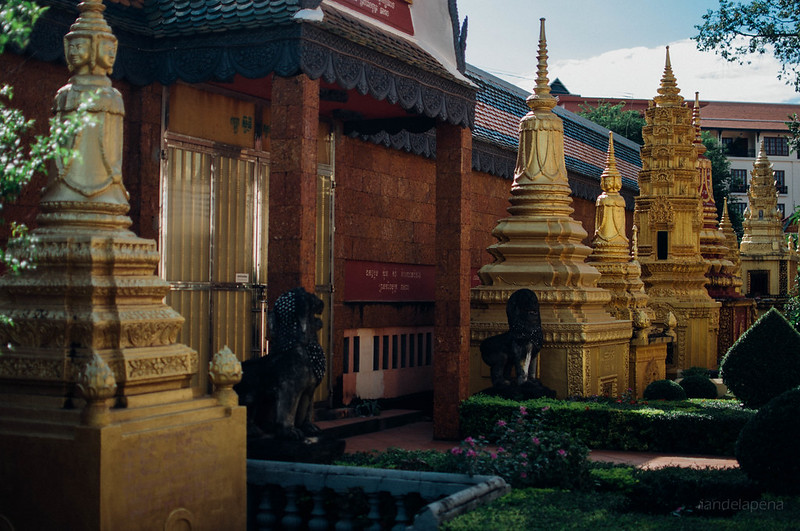 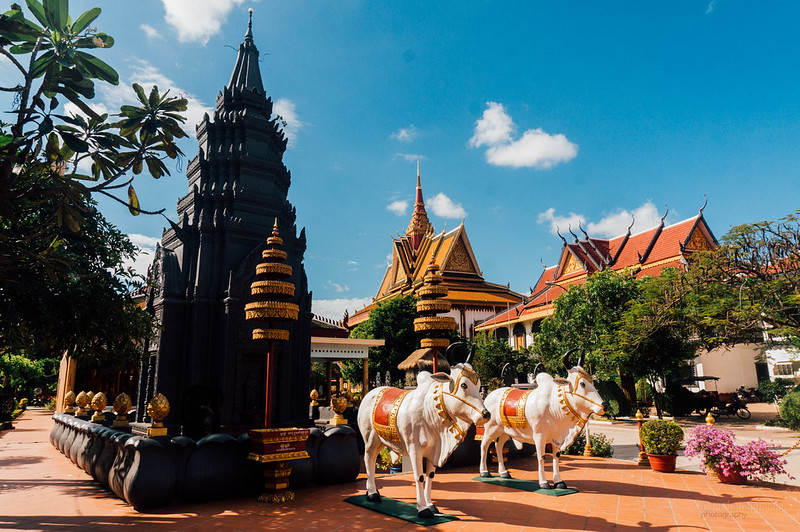 The temple was right across the bridge. I saw kids playing and jumping in the river. I wasn’t sure how deep it was but they sure know how to navigate the deep.

I then biked towards the eastern side of the city. This is where most of the local businesses are. Honestly, I didn’t find anything exotic but maybe because I was overwhelmed with the sights. 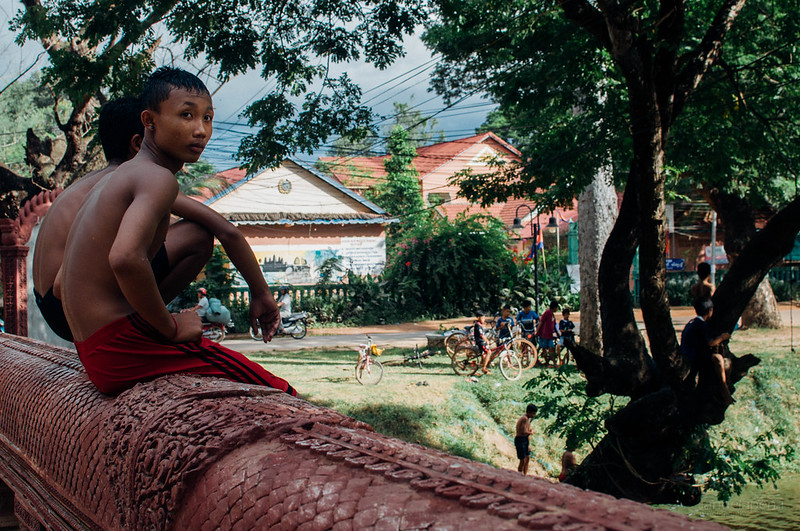 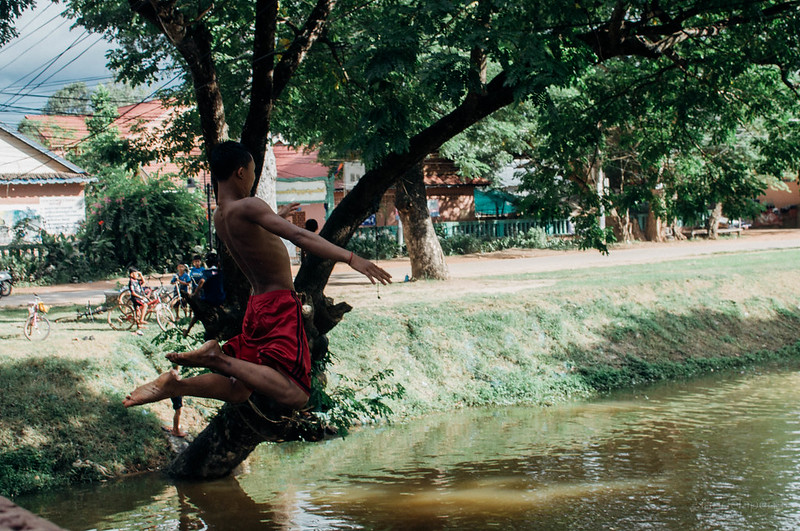 The day was going really fast that I did not notice it was already almost 5 pm. I didn’t want to get caught in the dark on the road so I pedaled my way back to my hostel. Just when I wasn’t intending to, I actually got lost.

My offline map kept pointing me in the opposite direction. Realizing that, I navigated the map manually. I was honestly tired and frustrated. I had a few kilometers more to bike. I had no choice though but to give it my everything and pedal back. It was tiring and morally challenging, but thank God I pulled it off and got to my hostel. 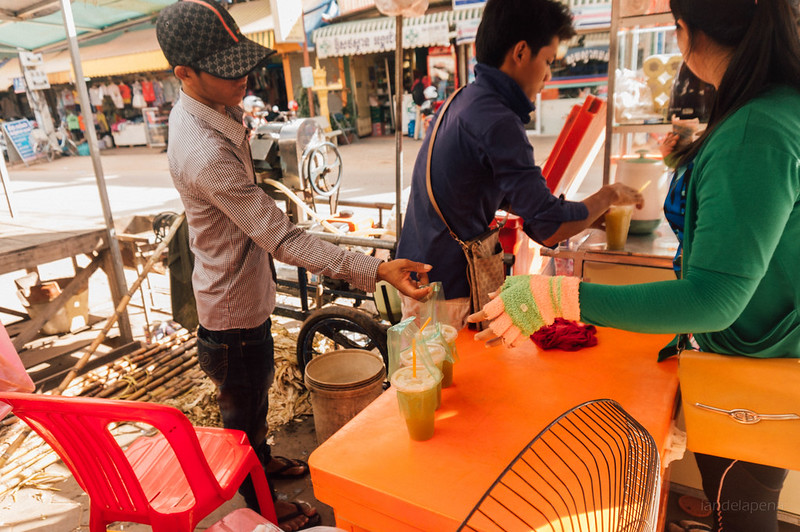 Being the only night that I’ll be staying in the city, I made sure that I went out to see the famous Pub Street. If you are Filipino, it’s like Malate way back when it was a party district back in the 2000’s. The street was pumping music with people dancing overflowing to the streets. The energy was contagious. But I know that I have to retire early for an early start the day after. So I just find myself a quieter spot in that crazy street in a restaurant. I ordered a $1 beer, okay two. It was draft and was a bit weak for a Filipino drinker. 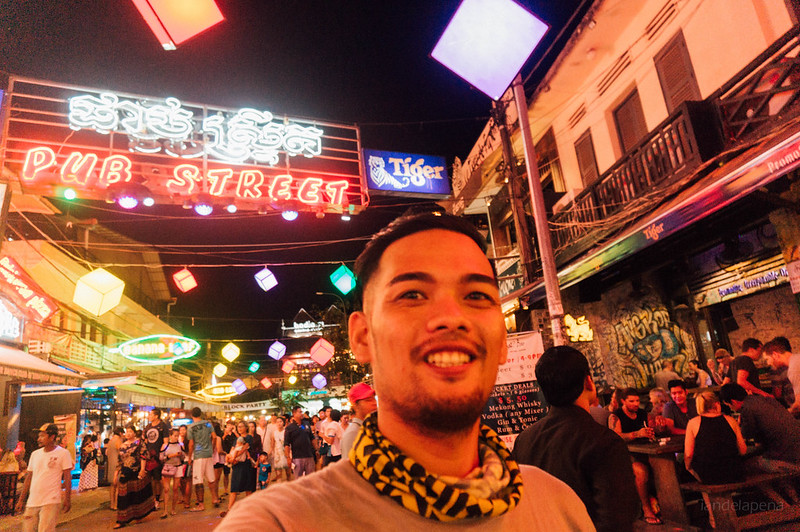 It was an experience just sitting out there near the road watching people, drunk and sober pass by. A lot of things were dawning on me, like how fun would it be to have friends come along with me. How far I’ve come and pushed myself into doing things that take a lot of courage and actually achieving my dreams. It was a beautiful night. Thanks to the $1 beers that drowned me into my thoughts.