Brought about the pending burial of former president Marcos, I and a friend toyed with the idea of visiting his mausoleum in Batac, Ilocos Norte. The plan was just simple, visit Batac. But my friend was whining about how he had not been to the beach still this year so I suggested that we visit Pagudpud too. Well,  I think it was inevitable, I know that I would have pushed this opportunity to cover what there is to see nearby.

Got my backpack ready with my gears I navigated the metro to our meeting place at the Partas Bus Station to buy our tickets. I just wish that I could get those awesome backpacks I found on a site called backpackhack.com. Not that I am complaining but those bags can really help give me peace of mind when I bring my gears through my adventures! It was a bummer that we had to wait for the nigh trip, thanks to my crazy schedule that changes every so often, we could have had more time to explore. 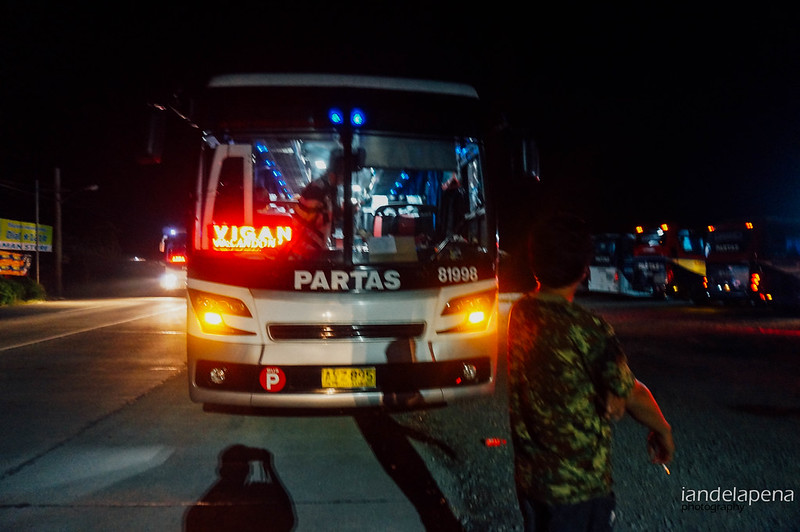 9PM the bus left the station starting our 9 hour journey to Vigan our first stop.

Clock ticked 5AM as we arrived at the Vigan terminal. We decided to do a walking tour of the city, really it is very much walkable. From the terminal we walked all the way to Plaza Salcedo. We can’t help but notice how clean the city is. 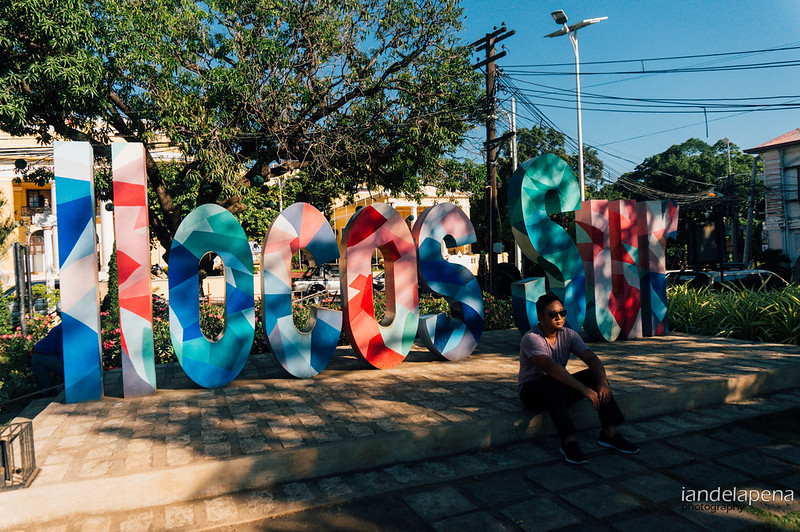 From the plaza the Vigan Cathedral prominently dominates the skyline as you stand from the end where the provincial capitol stands. This is not the first time that I have seen the church but no it doesn’t get old. After exploring the church we said a little prayer before leaving.

The plaza just looks so inviting with hues of blue pleasing your eyes. We hanged out and talked with some locals about their food and places that tourists come for, while the cool morning breeze keeps on blowing as we sit under the shade of the trees. 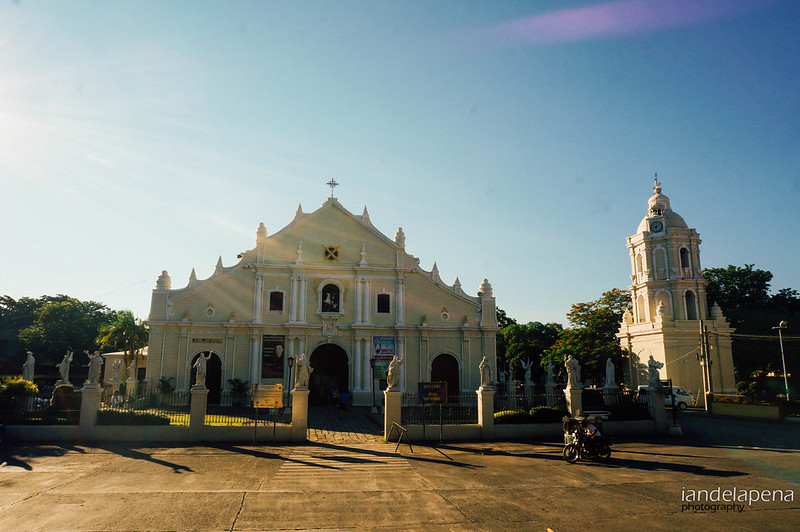 After resting for a bit we continued with our walking tour of the heritage village. We walked down the the historic Crisologo street all the way to its southern end and it felt like I was walking in a quaint European town with its old buildings, missing some al fresco coffee shops where you can sit and enjoy the view.

The Crisologo Museum can be found at the southern end of heritage village, the caretaker that greets you as you enter boasts that it is the best museum that there is Vigan, I think she’s not just bluffing  about that. The museum is filled with many memorabilia about the Crisologo family which was the most prominent clan at their time. From the ambushed cars to the collection of hats from all over the Philippines, even the world! The entire place was just overflowing with information and history, truly a must see when in the city. Donation is asked upon entry. 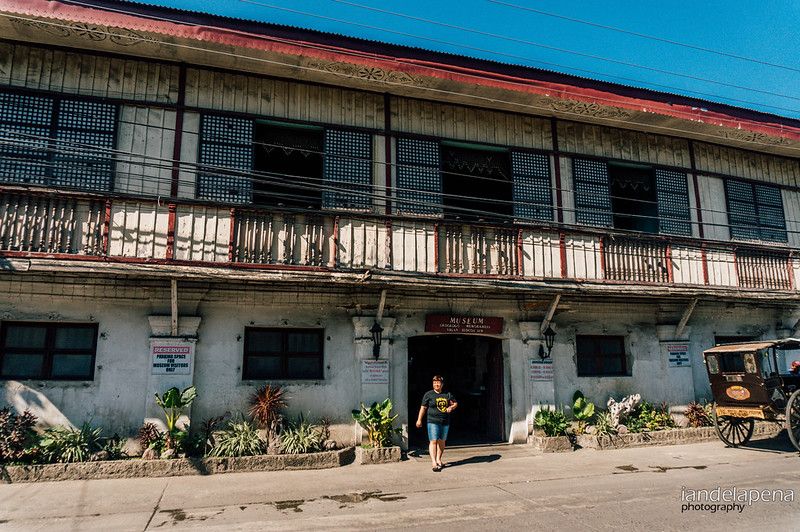 From the museum we decided to make a loop and walk back to up north of the village through the parallel street from Crisologo. There can be found the Syquia mansion, it houses the President Elpidio Quirino memorabilia which was closed when we were there.  The care takers of the house collects entrance fees before you go upstairs, where the living areas of a typical Filipino house was. If you are a fan of the president or if you like class interiors, maybe you’ll enjoy the house. What I am trying to say is that what I just saw was just a house asking for a fee so that you can see its furniture and interiors and that was it. There were no signage, no labels and no one there to guide you through and tell you stories about the house, I mean I am sure that there’s a good story in each corner of the abode. In the end, I felt cheated my friend felt otherwise. He enjoyed the posh interior and furniture, maybe I was just expecting too much. Was I?

Much disappointed from the museum, I asked for us to move on with our mini tour. Vigan should be enjoyed with leisurely walks, preferably early in the morning or late in the afternoon when the it’s not too hot and most importantly the light is perfect. The soft light in the morning and afternoon gives you a chance to see the vivid colors of the houses contrasting the blue sky letting you observe the village at its best. 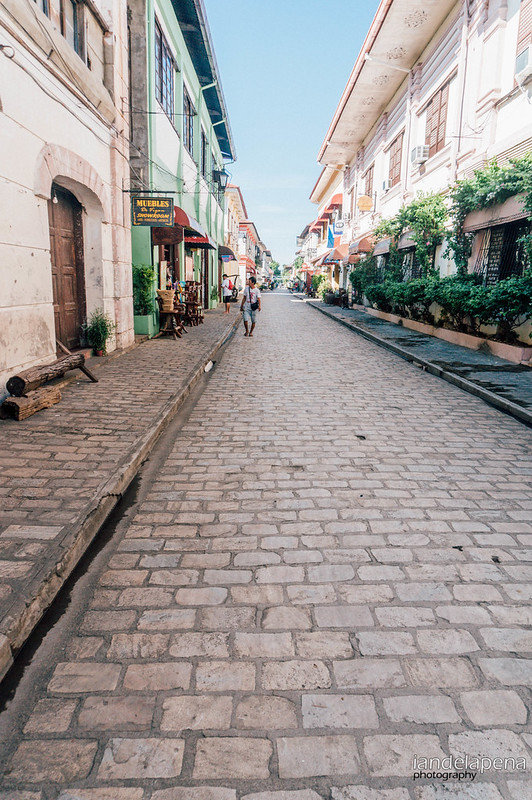 Back now at the northern end of the village, we sat on one of the tables in Plaza Burgos to savor on Ilocos Sur’s famed Empanada. Something that we couldn’t let pass. My first bite of our empanada took me years back when I first relish on its adventure filled fillings, the softness of the egg contrasts well to the crunchiness of the deep fried wrapper skillfully hand made on the spot by each vendor. 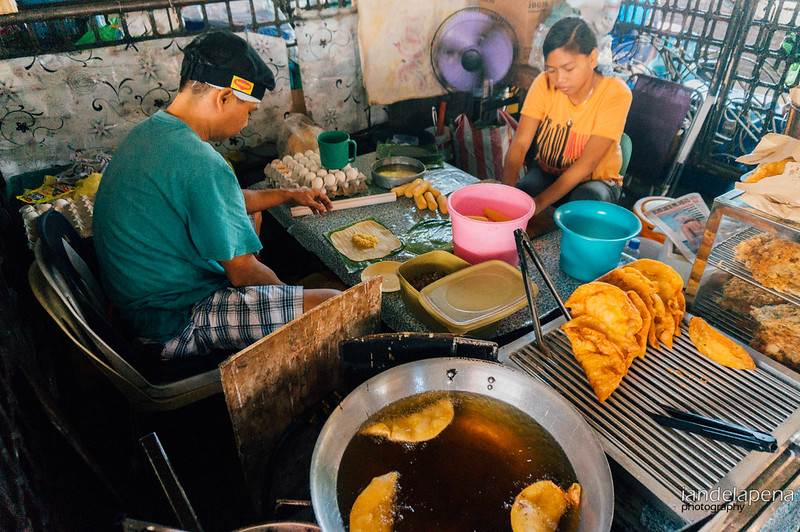 we decided to move on to our next destination the Batac-Loaog area to visit the former president’s mausoleum. We headed back to the Partas station to take a bus to Loaog. The trip to the capital of Ilocos norte took a little close to three hours, which was an hour longer than what we were expecting.

Initially our plan was to arrive at about 1 pm and take a tricycle tour around the Batac-Loaog area but arriving late forced us to change our plans, we’ve underestimated the travel time. Faced with a conundrum of how to proceed, we took a break from all the walking and snack for a bit. Decided, we opted to go on and spend the night in Pagudpud instead. 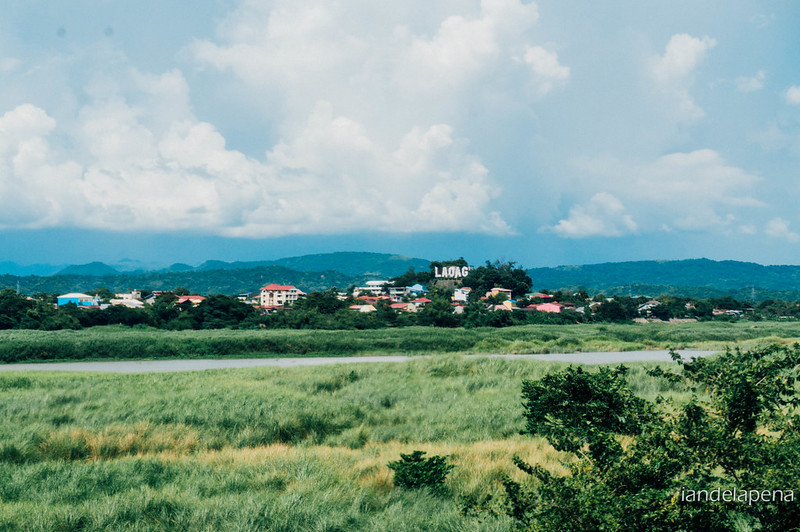 We met the sunset on the road on board an ordinary bus where the wind blows on you as you navigate a coastal highway for a good two and a half hours. It was a perfect time to reflect about things in life. I shoved my headphones on distancing my self from my surrounding. The perfect view of the sea, the setting sun  and nature was more than enough for me to feel at peace. The idea of being on a bus lets me feel the joy of escape and new beginnings as you move farther from the chaos of the city and the madness of real life.

This post is part of my Ilocos Backpacking trip covering Ilocos Norte and Ilocos Sur.