Countless nights of reflections, struggling to put my self back on track. Sometimes it is so easy for somebody to get out of  focus from something that he had fought hard for, but luckily for me I snapped out of “Reality” again. Confusing isn’t it? But yeah I did say snap-out-of-reality, I had to or else I wouldn’t accomplish the things that I need.

There are many things that I have come to realize this year, that it isn’t wrong to be selfish from time to time specially if it would mean sacrificing your own happiness, coz sometimes happiness is all that we have. That you have to force your self to do something that you love so that you would not fall out of it.

Yes there are so much more. I just hope I get to live by them to realize what I know why I live for. 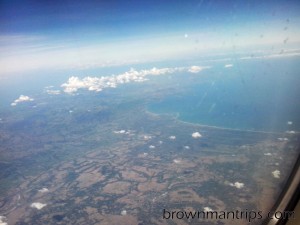 Traveling had been so limited this year primarily because of shifting priorities on the early part of the year then shifting back again towards the end, but I am glad to have kept my major travel goal which is to travel abroad at least once a year.

This year I got to participate outside of the social media world  and into the mainstream media. I got to contribute for two magazines (Travel by mega) and Cebu Pacific’s SMILE Magazine. I also got to be on national TV to give insights about a tourist attraction. I also got a new job…. which I have later on realized that I really don’t want to do much longer that I think I could.

Probably this would be the shortest year end post that you’d ever read, that is if you even read this or even half maybe. But the point is that was my year may not be that awesome for travel or whatever but I’m sure I’ve learned a lot from 2013.