The original plan was to climb Mount Daraitan in Rizal. But because of time constraints we ended up doing the river trek instead.

The Tinipak River is located at the foot of Mt. Daraitan in Tanay, Rizal. To get there is quite a trip, coming from Shaw Blvd. in Mandaluyong, you can take a jeep going to Tanay, Rizal getting off at the Tanay Market. From the market, you need to take a 1-1.5 hour tricycle ride through alternating but mostly rough road. We initially bargained for 300 pesos for a one way ride from the market to the jump off point but after going through the roads, we thought that the 400 peso price was just and right. Believe me. It was also kinda nice that our tricycle driver gave us a mini tour of Tanay, stopping at some of the vantage points where you can see the metro, the wind mills of Pililia and Monte Maria. 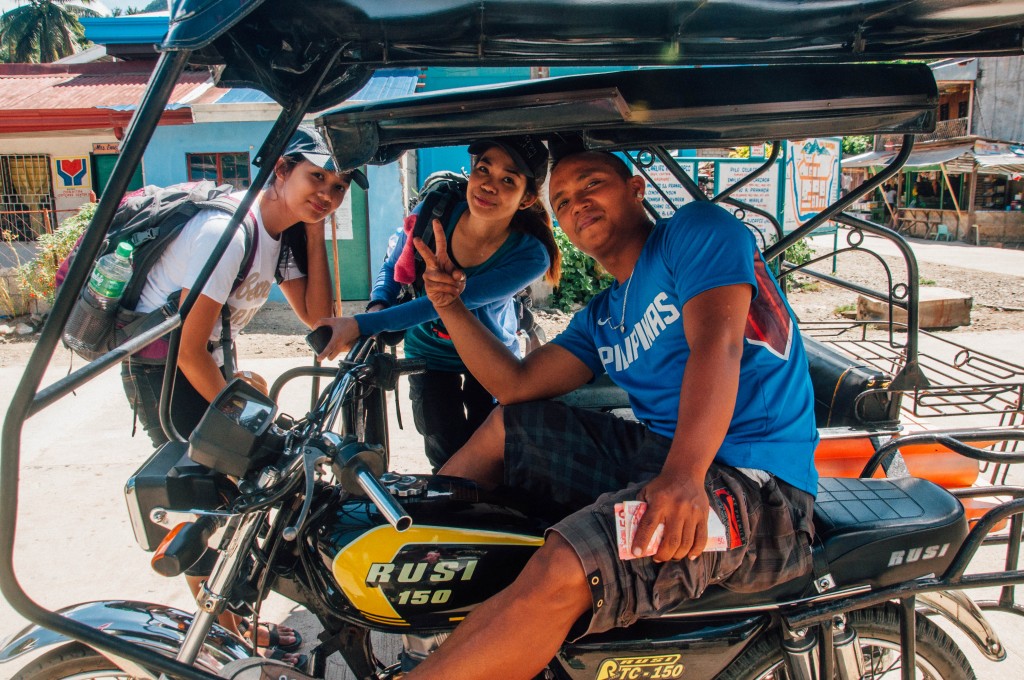 The tricylce dropped us off the barangay hall where you will be registering and be assigned with a guide. The guides cost about 500 pesos who will assist you in any or all of the activities that there is in the area which includes but may not be limited to hiking up Mt. Daraitan, caving and river trekking. Before embarking for your adventure, your guide will be orienting you on the do’s and don’ts and some safety reminders.

I just have to mention that the Daraitan area, though fairly new because it just opened last year, has a really good system and their guides are well trained and knowledgeable. They are amazingly organized! 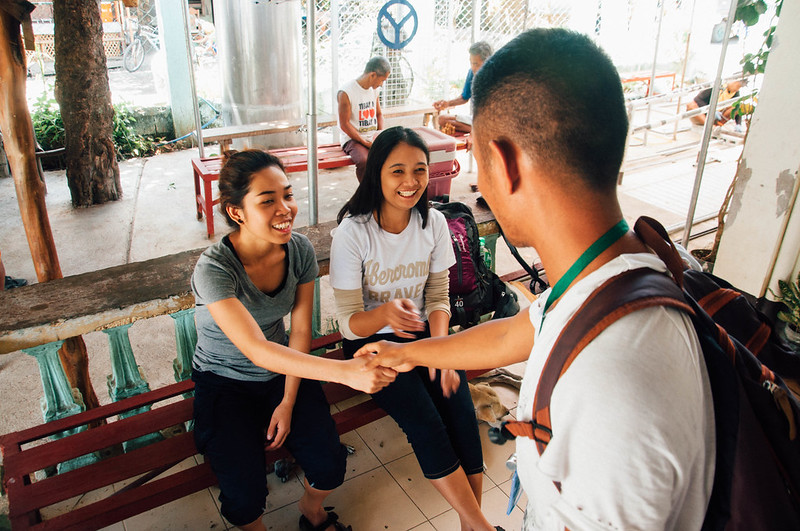 Anyways, after the orientation we decided no to take the mountain anymore due to lack of time. We started trekking and right from the start we were mesmerized by the beauty of the river. We crossed little streams and man made improvised bridges that just compliment the surroundings.

I felt like I was taken into another world, where you’d believe that fairies do exist, it isn’t that hard to believe in Daraitan actually. 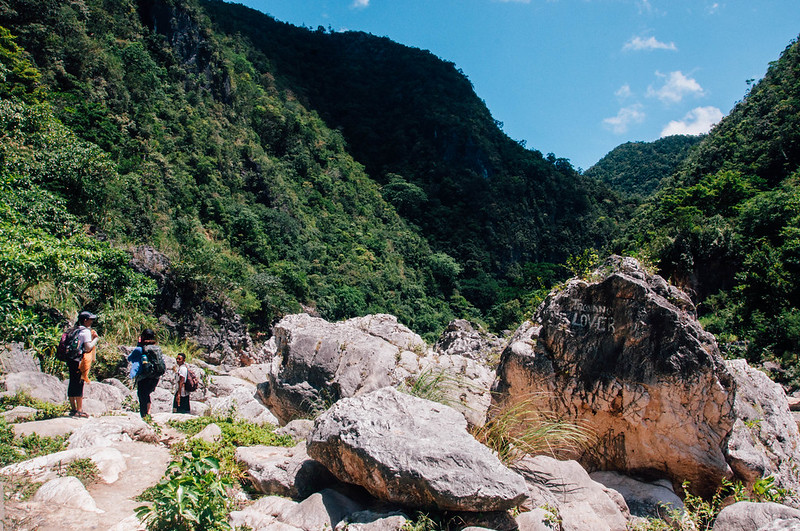 After our short trek, or guide stopped for a moment on and asked us to say a short prayer.  We were about to enter the cave. I like the fact that our guide actually stopped and prayed with us, not all guides does this. As soon as we finished our prayer, he gave us few instructions  and we started descending to this small hole. It was quite cool and refreshing inside the cave with a cold breeze coming from the end, The trek.

As we got at the end (not actually the end of the cave) we were greeted by a cool pool of spring water that comes from a farther part of the cave system. We spent some time there enjoying the pool -which was very safe since it was just shallow. 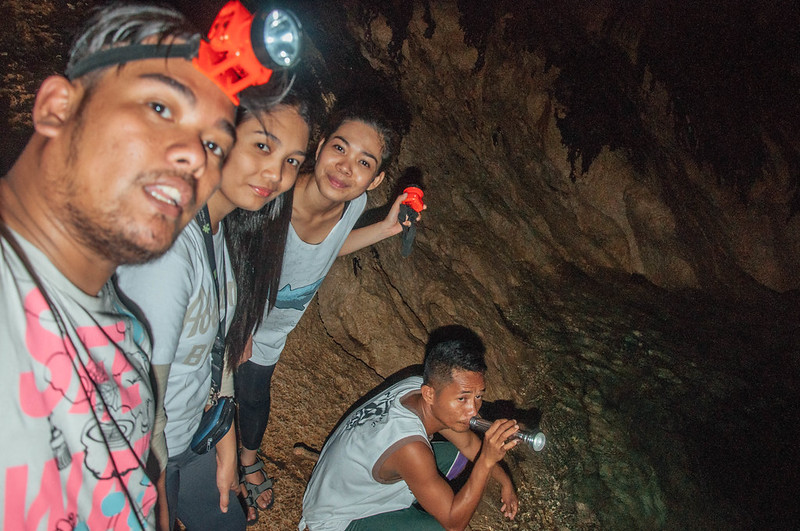 We decided to to move on and continue trekking the river. The trek going to the cave was just beautiful so I couldn’t think of anything that could surprise me anymore. I was wrong. The river showed it’s  more of it’s beauty with bigger boulders and more enchanting rock formations as we continue with our trek.

I could just imagine bringing one of my brides here for a photoshoot, dressed in elegant gowns with their groom. I tell you you’ll just fall in love with the river. 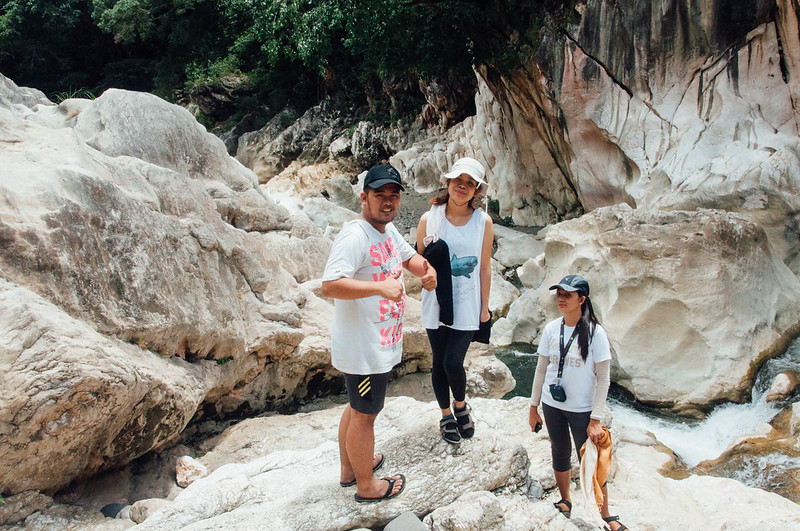 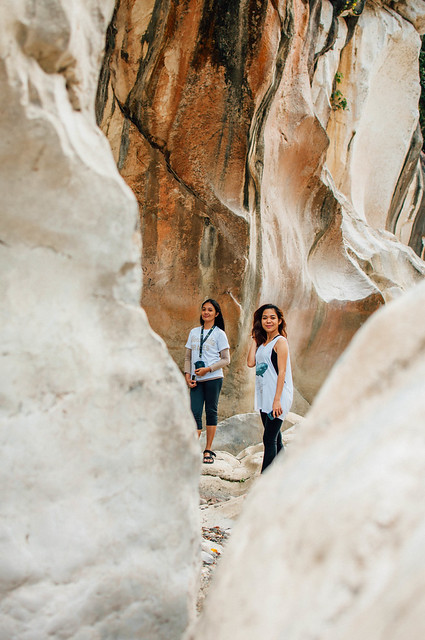 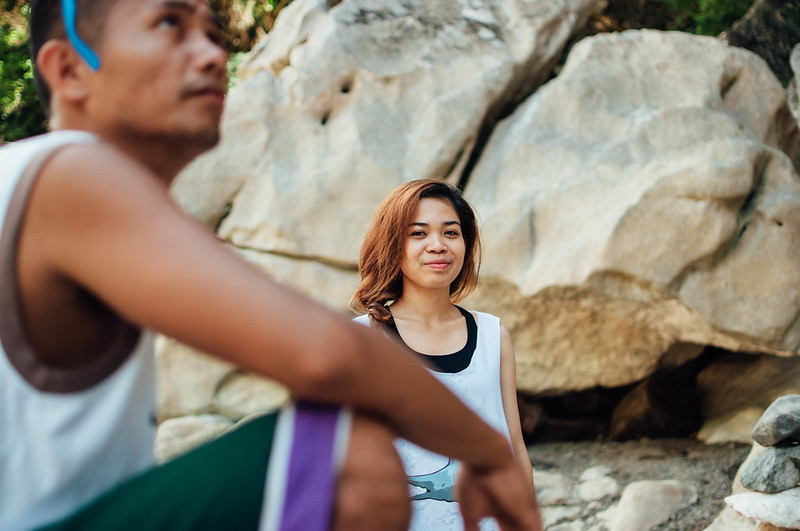 Eventually, we reached a part of the river that is calm enough for the water to pool. The water was mixed warm and cold, I couldn’t distinguish where the warm water was coming from but I really enjoyed it. It was difficult to move on, from one spot to another, it was just beautiful! But we had too. 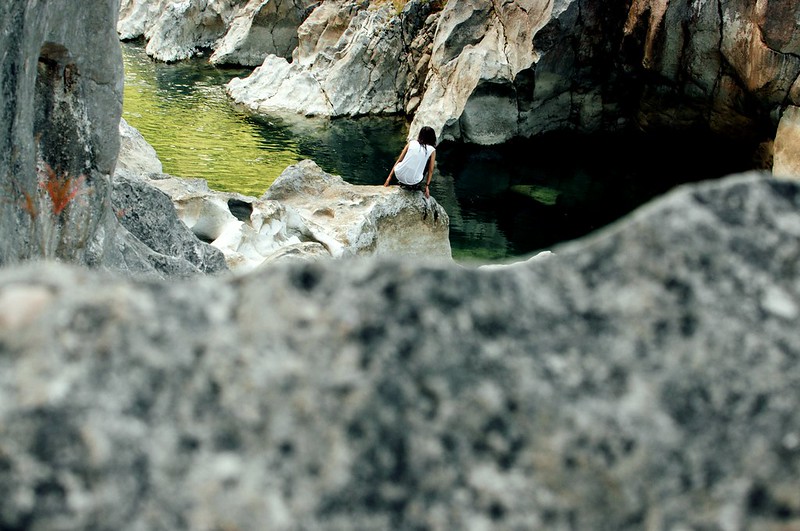 The river alone was an experience, even if we failed in our agenda to climb mount daraitan, we did not feel short changed. I’d love to comeback and stay overnight climbing trekking the river once again then climbing the mountain early in the morning the following day.

I’ll post a guide on how you can get to the Barangay Daraitan so don’t forget  to visit our site from time to time.