The challenge for my self to explore the southern island of Cebu takes me to my second destination, the city of Carcar.

On this leg of my trip, I have already felt the challenge of having language barriers when I tried to ask for what bus to take so I could get to Carcar. I approached a guy on a table giving out tickets and asked what bus to take. He answered back in cebuano (the local dialect) so I thought that he has just mistaken me for a local. So I answered back and told him that I don’t speak cebuano, but he still spoke to me in his dialect. Having difficulty understanding him I just smiled back at him and asked someone to translate. 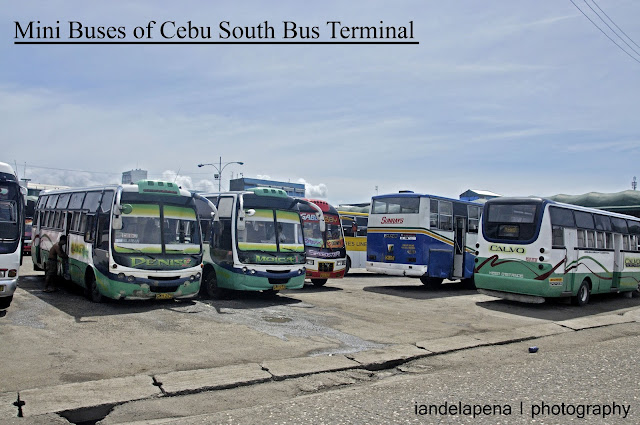 I hope that Cebuanos won’t take me wrong. The language barrier for me is part of what I came for as part of my first solo travel challenge to my self and I love it! The feeling being lost and the need to survive actually pumped up my thirst to do more solo travels.

The journey from the queen city of the south to Carcar took about more or less than 1.5 to 2 hours. I road a minibus from Cebu City South Bus Terminal which costs 45 pesos. After about an hour of traveling in high speed I felt nervous thinking that I might have passed by the town already.

My destination? One of the most Iconic landmarks of the city, the church of Saint Catherine of Alexandria.

The church stands on top of a hill where it can be seen from afar. As soon as I got up close to the church it felt like I have travel a thousand miles to Latin America.

I love seeing old things as it takes me back to the old times. However, I was quite disappointed when I walked inside of the church due to its deteriorating state.

The church features brightly colored arches guarded by angels lighting each post.  while the  ceiling is beautifully designed with a trompe-l’œil painting.

The rostrum where priests used to stand in the midst of their parishioners to deliver their homilies back when electronic sound systems still didn’t exist, though  still intact I doubt that it is still used.

The altar has three saints on it while a painting of a the sagrada familia is seen above the main altar.  I was glad that it was a Sunday when I embarked on my trip that it allowed me to explore the churches on my impromptu list.

The church even though it is not maintained well (referring to its paint) still gives you a certain experience of seeing a different kind of architecture, a not so ordinary, if I may say, for houses of worship in the Philippines.

I love the wing of the church with its brightly colored translucent glass windows that casts different shades inside the church.

As I step out of the church and observed the amazing structures around the church. I now have this certain feeling, an atmosphere if you may, like I have been transported to a different space and time.

Just right beside the church is it’s convent which has survived the test of time. It is also regarded as one of the biggest convents in Cebu. The tricycle that I rode to the church was actually much prouder of their convent than the church it self, he would just keep on bragging “yan po yung kumbento namin” (that is our church convent)

Adjacent to the convent stands a pocket of garden with the statue of St. Catherine of Alexandria.

Up on the hill the church is surrounded by other structures that gives the place an old world vibe. Just right beside the statue of St. Catherine is the Carcar Elementary School, which was built as the date in front of the building suggests in 1905

As you ascend up the hill the first thing that would greet you is the Philippines’ national hero’s monument Dr. Jose Rizal. On my way to Carcar I actually notice that each and every town that I passed by has their own monument to honor the hero and the Carcar monument I would have to say be my favorite among the monuments that I saw while in Cebu.

Another heritage structure can also be found within the vicinity that houses the city museum. I was not able to go inside since it was closed as it was a Sunday. I wish they would think about opening it on weekends as well, I mean travelers like me most of the time do the traveling

As I go down hill along the highway a series of heritage houses can be found. Houses made up of stone at lower portion and wood for the upper floor which are more popularly referred to as “Bahay na Bato”

The houses though built during hispanic time have learned to adapt to the modern times. The lower portion of the houses has been converted to businesses to cater the town’s growing needs.

I walked along the highway to reach the round about of the city where three roads leading to different parts of the southern part of the island.

I am not knowledgeable so much about architecture but I could say that the structure is beautiful done. It gave a feel that it was built during the american times when Filipinos are being Americanized, hence the filipiniana statue on the top of a westernize gazebo. It said that the artist Martino Abellana’s sculpture is stating this is America guiding the Philippines to prosperity.

My journey in Carcar is about to end and I still have a lot of places to cover that day, so I decided to take my lunch at a fast food near the rotonda. It was a shame that I didn’t even thought of going to the public market, as I learned that it is where they serve the most delicious lechon.

Anyways, at this roundabout where my trip to Carcar ended and this is also where my Journey to another Heritage site in Cebu  starts. See you at Bol-joon!