It’s not intended to be a tourist spot, but its architecture is just so awesome it just became one. Ewha Womens University  is just a few minutes walk away from the Sichon metro station. It is known to be one of the most prestigious universities in South Korea tracing its roots way back 1886 when it was founded by the American Methodist Episcopal missionaries. 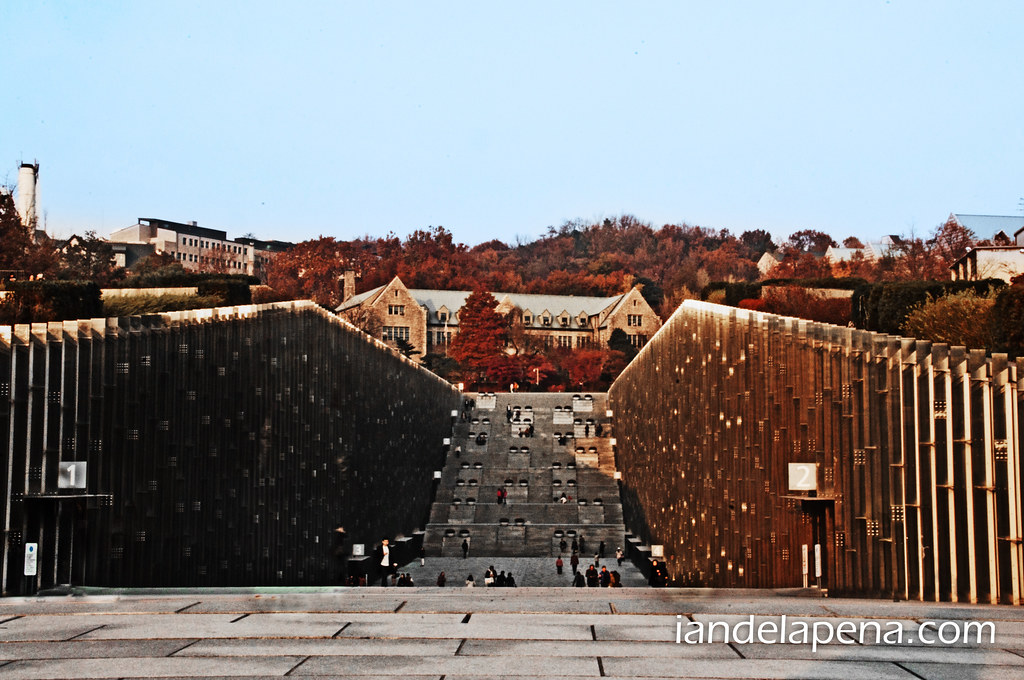 If you are a grammar natzi you must be asking or struggling with the fact that I stated Woman and Women. Well it is not a grammatical error. It was told that the founders of the university wanted to give each woman who studies there their own identity instead of collectively recognizing them as Women.

For us guys out there won’t it be nice to be surrounded with all those beautiful women while studying? I’m pretty sure that you’ll pass your course with flying colors! If you are a Korean living in Korea, I have a bad news for you though. They do not accept men students. Yep. HOW EVER!!! If you are guy from another country, the university actually accepts international students even if they are guys! Welcome to heaven man! LOL!

But I wasn’t there to study. As I enter the university campus with my big bag and tripod, I got a bit, actually a lot, conscious about security guards. I am a Filipino and I grew up with security guards sticking their hands and sticks to whatever they can, it’s like being in North Korea where you have minders all the time. I guess we won’t feel that awk ward if we go on a trip on the other side of the border.

after admiring the beautiful autumn scenery in the campus we bought food on one of the street vendors selling great Korean food. I think South Korea has one of the best food culture just right after Taiwan (sorry, I am biased for my fave country). I bought a rice cake kinda soup and I don’t know the heck it is called, what I know is that it is yummy! 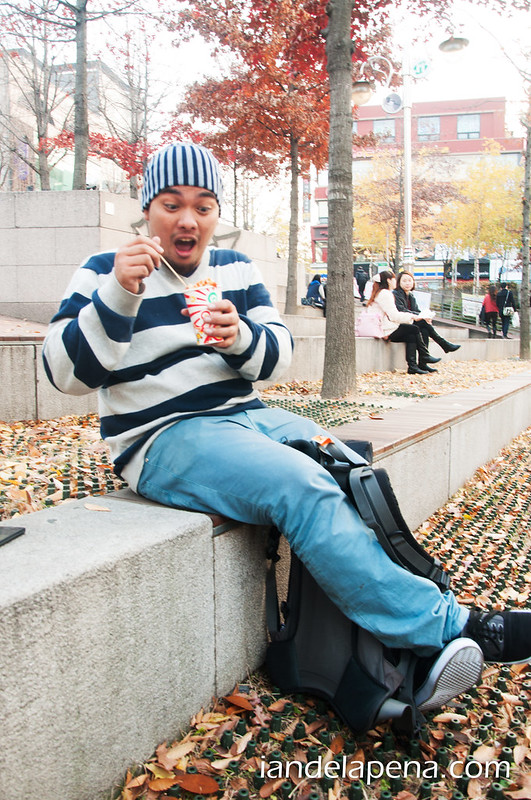 We ate in an amphitheater kind of structure right across the wedding convention center where a steady stream of newly weds come in and out of the hall.

It was great talking with a new friend over good street food on a great weather day. We had to move on, and our next stop was the N Seoul Tower